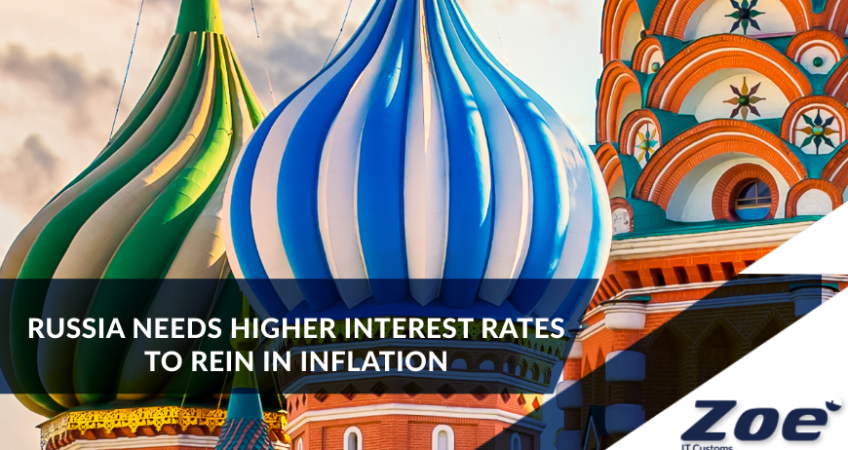 Russia will need to raise interest rates further this year to their highest since 2017 and keep them at that level for several months as inflation shows little signs of slowing amid strong economic recovery, a Reuters poll showed on Friday.

Russia’s burgeoning inflation is driven by higher prices globally and a weak rouble at home, which dents living standards and prompts the central bank to raise the cost of lending.

The average of 19 analysts polled in late October suggested the central bank will raise its key rate for the seventh time this year at the Dec. 17 board meeting to 8%.

The year-end forecasts ranged between 7.5% and 8.5% and were above 6.5% that the same poll predicted in late September before the central bank raised the key rate to 7.5% last week and did not rule out further hikes.

Sovcombank analysts said Russia will raise the rate to 8.5% in December as inflation will stay near 8% next month, which “will require a decisive action.”

Annual inflation, which the central bank targets at 4%, is expected to finish this year at 7.8%, according to an average of the forecasts, up from 6.5% in the previous poll.

Higher rates are designed to tame inflation, a sensitive issue in Russia, but could slow economic recovery.

This year, Russia’s economy is expected to grow by 4.4%, after suffering its sharpest contraction in 11 years of 3% in 2020.

“The central banks’ efforts and the rouble strengthening thanks to prices for non-oil exports could lead to a sharp slowdown in inflation the first half of 2022 when high rates can start suppressing economic growth,” said Anton Tabakh, chief economist at Expert RA rating agency.

In the longer run, the average of forecasts in the poll suggested the rouble will trade at 72.75 to the dollar and 83.50 to the euro 12 months from now, compared with forecasts of 72.70 and 86.00 respectively in the previous poll.

Russia’s official exchange rates on Friday stood at 70.52 per dollar and 81.84 per euro.

Most of the forecasts in the Reuters poll were based on at least 10 individual projections.