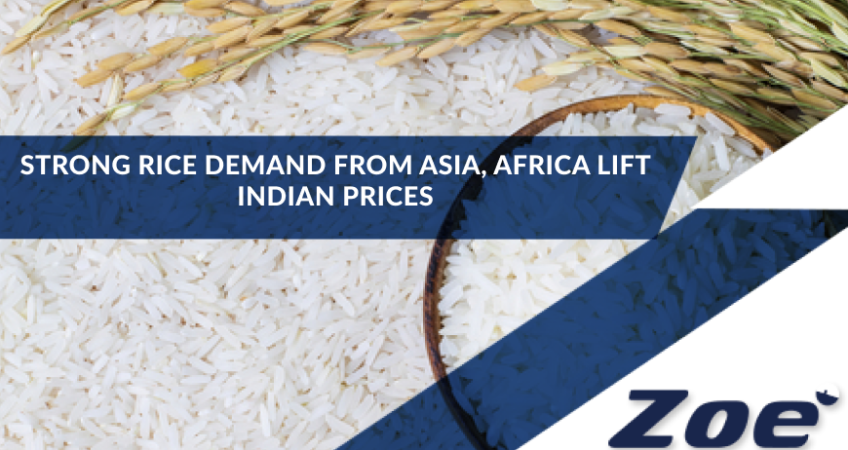 Export prices of rice from India rose this week on increasing demand from Asia and Africa, while dwindling supplies of the staple lifted Vietnamese rates.

Top exporter India’s 5% broken parboiled variety was quoted at $363-$367 per tonne, up from last week’s $361-$365, with prices also being supported by an appreciation in the rupee.

“Demand for all types of rice is robust from Asia and Africa,” said Nitin Gupta, vice president for Olam India’s rice business.

In neighbouring Bangladesh, domestic prices remained high, which officials blamed on hoarding and warned of strict action against those amassing the staple for windfall profits.

“Prices are edging up on tight supplies as the winter-spring harvest has come to an end,” a trader based in Ho Chi Minh City said, adding that supplies would increase after the summer-autumn harvest in late-May.

“There has been more demand from Iraq, with many freighters sent to buy rice and this drove up prices,” a Bangkok-based trader said.

Ships made available by Middle Eastern clients have eased the burden of high freight costs that were a concern for exporters earlier, according to traders.

The amount of rice in the market will begin to decrease as Thailand move towards the rainy season, another trader said.