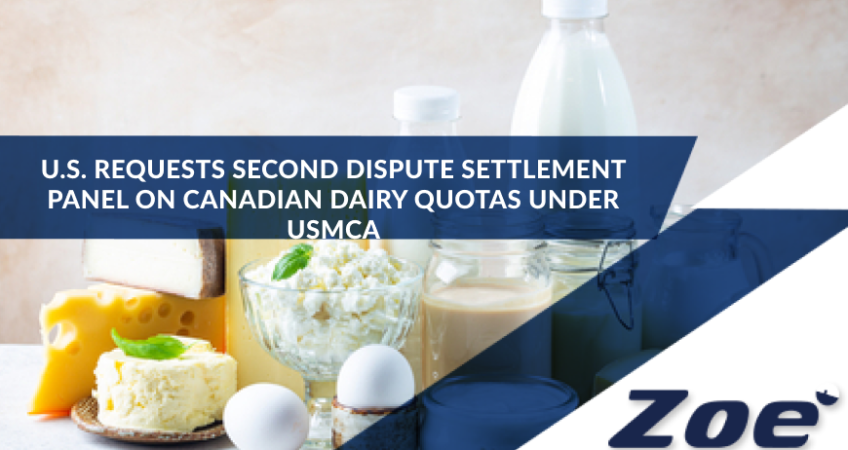 The Biden administration is requesting that a second dispute settlement panel be formed under the U.S.-Mexico-Canada Agreement (USMCA) to review a trade dispute with Canada over dairy import quotas, it said on Wednesday.

The United States alleges that Canada’s dairy tariff-rate quota allocations deny eligible U.S. applicants, including retailers, access to Canadian markets, undermining the market access that it agreed to provide in the USMCA, which took effect in 2020, according to a statement from U.S. Trade Representative Katherine Tai’s office.

U.S. farmers have complained that Canada’s supply management system favors Canadian processors and hurts their ability to export to their northern neighbor and last year, Washington requested creation of the first dispute panel on dairy quotas after failing to resolve the issue bilaterally with Ottawa.

The first panel released its findings in a 50-page report which said Canada violated a trade accord with the U.S. and Mexico by reserving most of its preferential dairy tariff-rate quotas(TRQs) for Canadian processors.

Canada has since amended its allocation policies for dairy quotas, Trade Minister Mary Ng said on Wednesday, adding that Canada had met its obligations under the USMCA to ensure its quota system was compliant.

“Canada will actively participate in CUSMA’s consultation process and standby our position to administer our TRQs in a manner that supports our dairy supply management system,” Ng said, using another acronym for the USMCA.

Tai said in a statement that United States had communicated to Canada that its new policies are not consistent with the USMCA and “prevent U.S. workers, producers, farmers, and exporters from getting the full benefit of the market access that Canada committed to under the USMCA.”

U.S.-based trade group International Dairy Foods Association (IDFA) praised what it described as an “aggressive” action by the Biden administration.

“The U.S. dairy industry has made clear from the start that U.S. dairy exporters demand real TRQ reform that will permit the market access Canada agreed to,” said Michael Dykes, CEO of IDFA.