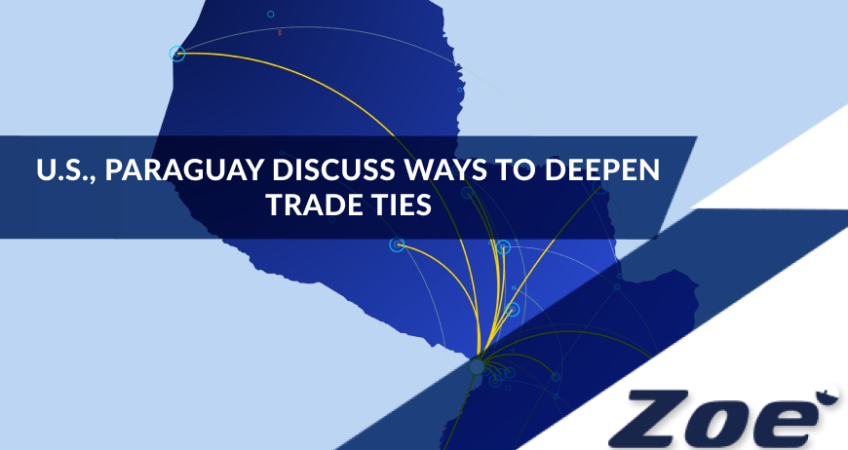 Officials from the United States and Paraguay met this week in Washington to discuss ways to deepen trade ties between the two countries under a Trade and Investment Framework Agreement that entered into force in 2021, the U.S. said on Friday.

The U.S. Trade Representative’s office said the first meeting of a trade and investment council created under the framework touched on issues including anti-corruption, agricultural trade and the digital economy.

“They affirmed the importance of the bilateral relationship, including working together to deepen engagement on trade and promote pandemic recovery,” USTR said in a statement.

It said technical work was planned through the next year on several key issues, and the two sides would meet again in Asunción in 2023.

Both countries discussed the importance of trade facilitation and re-committed to reviewing their customs fees and procedures with the aim of reducing the time and cost of compliance for traders and operators. They also agreed on the importance of transparency and anti-corruption measures.

USTR said Paraguay was considering Washington’s invitation to join the work of the Inter-American Coalition for Business Ethics in the Med Tech Sector.

Paraguay also provided an update on planned changes to its procurement law to enhance transparency and encourage greater participation in its procurement regime, it said.

The two countries agreed a road map for working to address issues on the protection and enforcement of intellectual property rights in Paraguay.

In the area of agricultural trade, they discussed efforts under way to authorize the import of raw beef products from Paraguay into the United States, with an eye to completing the necessary processes as soon as possible in 2023.

The two countries also explored possible ways to expand agricultural trade, including through the import of non-traditional products from Paraguay.