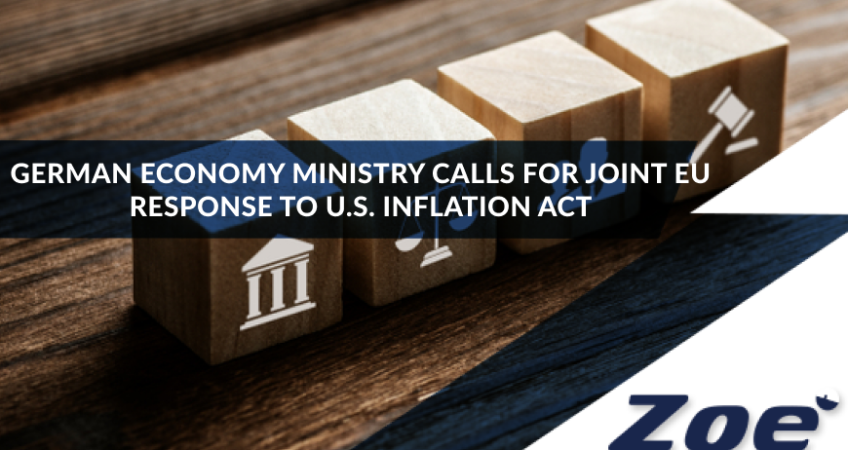 Germany wants a joint European response to the U.S. Inflation Reduction Act that would involve simplifying rules on state support and expanding funding opportunities, according to a German economy ministry document seen by Reuters on Friday.

The European Union could set up a programme to promote green technology by combining various funding elements to avoid budget constraints: the Innovation Fund could increase support for large-scale projects for clean technologies, for example, or the European Investment Bank (EIB) could take on more risk through guarantees, it said.

These would not only likely contradict World Trade Organization (WTO) law, according to the document, but also contribute to “a further erosion of the world trade order”.

The EU and Washington have established a joint task force in hope of resolving the dispute over the $430 billion act.