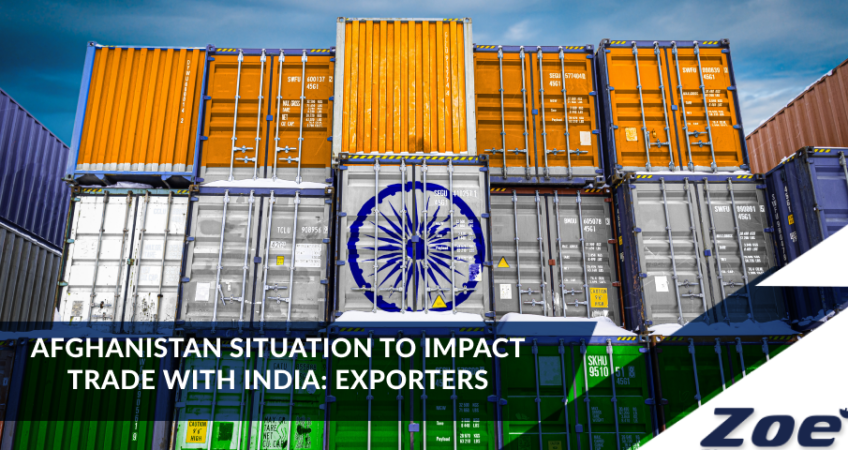 With Kabul falling into the hands of the Taliban, bilateral trade between Afghanistan and India will get impacted significantly in these uncertain times, according to exporters. Federation of Indian Export Organisations (FIEO) Director General Ajay Sahai said domestic exporters should follow caution looking into the political development in Afghanistan, particularly with regard to payments, for which adequate credit insurance may be availed by them.

“The trade will be impacted. It would reduce due to the growing uncertainty in Afghanistan,” he said on Monday.

Former FIEO president and country’s leading exporter S K Saraf too said there will be a significant fall in the bilateral trade.

“We may not lose all because they need our products,” Saraf said.

Afghanistan stares at an uncertain future as President Ashraf Ghani left the country just before Kabul fell into the hands of the Taliban on Sunday.

Sharing similar views, FIEO Vice-President Khalid Khan stated there would be a complete standstill in the trade for a certain time, as the situation is out of control in Afghanistan.

“It is a landlocked country and the air route is the main medium of exports and that has been disrupted. Trade will resume only after the uncertainty will get down,” Khan said.

Biswajit Dhar, a professor of economics at Jawaharlal Nehru University said India’s aid to Afghanistan was creating a market for domestic products and due to the current situation, “all this will stop”.

Chairman of Plastics Export Promotion Council of India (PLEXCONCIL), Arvind Goenka said now private players will have to deal through third countries to export to Afghanistan.

Rajiv Malhotra, proprietor of Sai International and an exporter to Afghanistan said exports from India would completely stop as now there will be an issue of timely payment.

“We are watching the situation to decide on our next move,” Malhotra said.