Asian Shares Rise Ahead of Fed Decision on Rate Hike 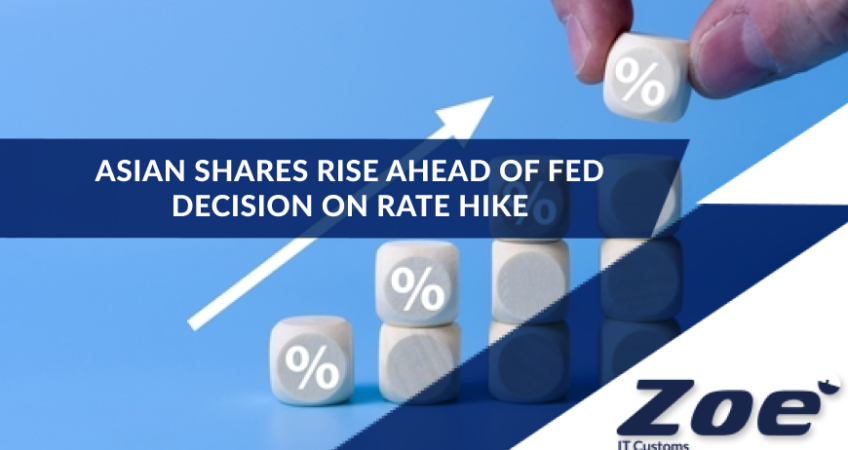 At a policy meeting later Wednesday, the Fed is expected to increase its key short-term rate by 0.25 percentage points. That would be the first increase since 2018, pulling it off its record low of nearly zero, and likely the start to a series of hikes.

The Fed is trying to slow the economy enough to tamp down the high inflation sweeping the country while avoiding triggering a recession.

Inflation is already at its highest level in generations, and the most recent numbers don’t include the surge in oil prices after Russia invaded Ukraine. The move comes as central banks around the world are preparing to pull the plug on support poured into the global economy after the pandemic struck.

“The ‘rearranging the deck chairs on the Titanic’ allusion is not mean to invoke despair. Rather, it’s meant to convey a sense of inevitability of the Fed’s tightening cycle ahead,” said Tan Boon Heng of Mizuho Bank in Singapore.

Renewed COVID-19 worries in some regions plus a lengthy list of other concerns have caused wild hour-to-hour swings in markets in recent weeks. The war in Ukraine has pushed prices for oil, wheat and other commodities the region produces sharply higher. That’s raising the threat that already high inflation will persist and combine with a potentially stagnating economy.

Investors are also watching the talks between Russia and Ukraine. Ukrainian presidential aide Ihor Zhovkva said discussions via video held by representatives of the two nations Tuesday were “more constructive,” noting that Russia has stopped airing its demands for Ukraine to surrender.

“If ever so slight, at least there’s still building optimism regarding Ukraine, combined with optimism regarding inflation, oil in particular, and optimism that the Fed will not be more hawkish than is already built into the market,” said Sam Stovall, chief investment strategist at CFRA.

U.S. data released Tuesday showed inflation was still very high at the wholesale level last month, but at least it wasn’t accelerating. Producer prices were 10% higher in February from a year earlier, the same rate as in January. On a month-to-month basis, inflation rose 0.8% in February from January, versus forecasts for 0.9%. That’s a slowdown from January’s 1.2% month-over-month increase.

Benchmark U.S. crude slid earlier Tuesday but then steadied. It gained 79 cents to $97.23 a barrel in electronic trading on the New York Mercantile Exchange.

A barrel of U.S. crude dropped 6.4% to settle at $96.44 on Monday. It had briefly topped $130 last week when worries about disruptions to supplies because of the war in Ukraine were at their height.Brent crude, the international pricing standard, added $1.10 to $101.01 per barrel.Overnight, the reprieve on fuel prices helped a wide variety of stocks. Airlines led the way after several raised their forecasts for revenue this quarter. American Airlines, Delta Air Lines and United Airlines all soared 8% or more.In other developments, trading in nickel was due to resume Wednesday on the London Metal Exchange, just over a week after it was suspended when the price of the metal skyrocketed to over $100,000 per ton.

Russia is the world’s No. 3 producer of nickel. Its price and that of many other commodities has surged on speculation over possible disruptions to supplies as Russia contends with widening economic sanctions following its invasion of Ukraine.