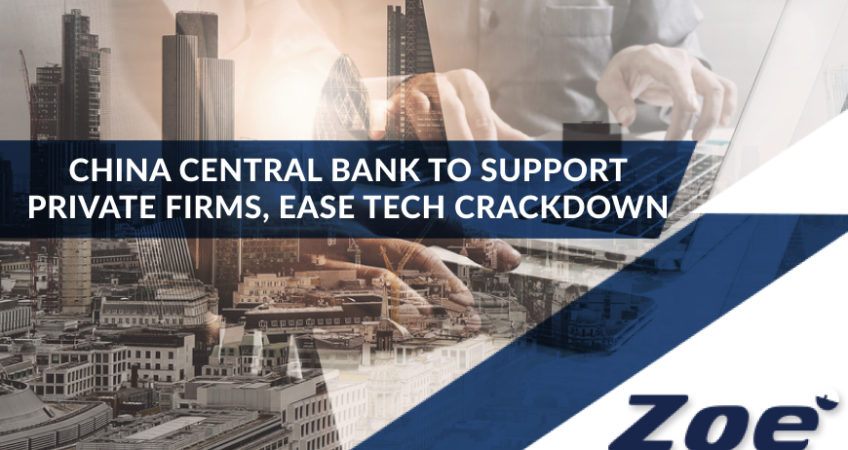 China’s central bank will step up support for private firms as part of steps to shore up the economy, while easing a crackdown on tech companies, Guo Shuqing, Communist party chief of the People’s Bank of China, was quoted by state media as saying.

Chinese leaders have pledged to increase support for the world’s second-largest economy, which was hit hard by COVID-19 lockdowns last year as well as slowing global demand. After tough virus curbs were reversed in December, the country is now battling a surge of infections.

Financial policy should be coordinated with fiscal and social policies to increase income for low- and middle-income groups as well as COVID-hit groups, Guo, who is also the chairman of the China Banking and Insurance Regulatory Commission, said in a CCTV interview.

“Prudent monetary policy will be precise and forceful. That requires focus on expanding effective demand and deepening the supply-side structural reforms,” Guo said.

China will also promote sound development of online platform companies, Guo said , adding rectification of financial businesses of 14 platform companies have been “basically completed” while a few remaining issues need to be resolved. Guo did not name the companies.

Since late 2020, Beijing stepped up control of the country’s sprawling fintech giants, requiring them to return to basics after years of breakneck growth.