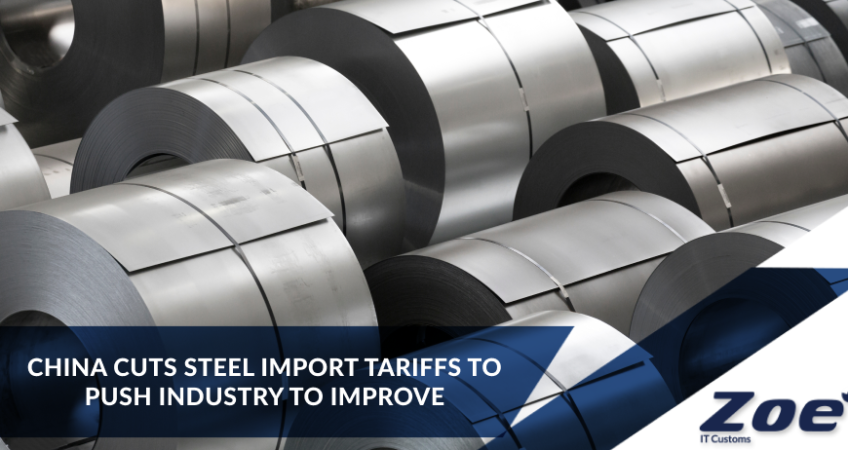 China suspended some import taxes on steel Wednesday as part of a multiyear campaign to use market pressures to force Chinese producers to shrink and become more energy efficient and profitable.

Duties on crude steel, pig iron, recycled steel and some other products will be suspended May 1, the Finance Ministry announced. It said export taxes of 15%-25% will be imposed on high-purity pig iron and other products.

The changes will cut prices for Chinese buyers and promote “the transformation, upgrading and high-quality development of the steel industry,” the ministry said. It said that includes reducing domestic production.

China produces about half the world’s steel but a slowdown in demand as an economic boom cooled after 2008 left excess production capacity and led to price-cutting wars, a surge in exports and heavy financial losses.

Regulators say they want to use market forces instead of government orders to force less efficient mills to close. They stepped up environmental enforcement while state-owned industry leaders were encouraged to merge and build more efficient mills.

More than 150 million tons of production capacity was eliminated between 2016 and last year, according to the government.

Despite that, total Chinese output rose 5.2% last year over 2019 to just over 1 billion tons, according to government data.