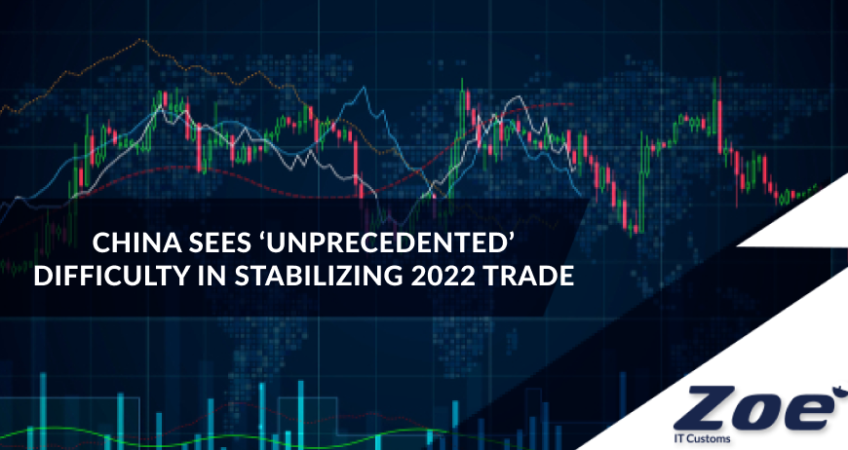 China faces “unprecedented” difficulty in stabilizing trade next year as favorable conditions that boosted export growth this year won’t be sustainable, according to a commerce ministry official.

Export gains may slow as competing countries recover their production capacities and as inflation that pushed up export values gradually eases, Ren Hongbin, vice minister of the commerce ministry, said at a briefing in Beijing on Thursday. This year’s rapid export gains also make the base of comparison higher for 2022, he said.

China will enhance trade companies’ awareness and ability to manage foreign-exchange risks, according to Ren. The government will also step up efforts to ease pressures from international logistics and supply chain problems, he said, vowing to actively ensure the supply of commodities.

We will “make every effort to keep foreign trade running within a reasonable range,” Ren said. These cross-cyclical measures are meant to help stabilize trade in early 2022, he said. He expected China’s goods imports and exports to grow more than 20% in 2021 to a total of $6 trillion.

Ren’s comments echo concerns raised earlier this week by Commerce Minister Wang Wentao, who said it will be hard for China to keep its trade growth stable next year.

China’s exports have stayed resilient throughout the year, providing some support for an economy that’s been weighed down by regulatory crackdowns and repeated virus outbreaks. Overseas shipments have posted double-digit gains in every month this year, with an exception in February when shipments jumped 155% from a year-earlier slump.

But the outlook for trade is less certain, as overseas appetite for Chinese goods is set to weaken if the global economic recovery loses steam. Chinese exporters are also battling high raw material prices, as well as surging labor and freight costs.