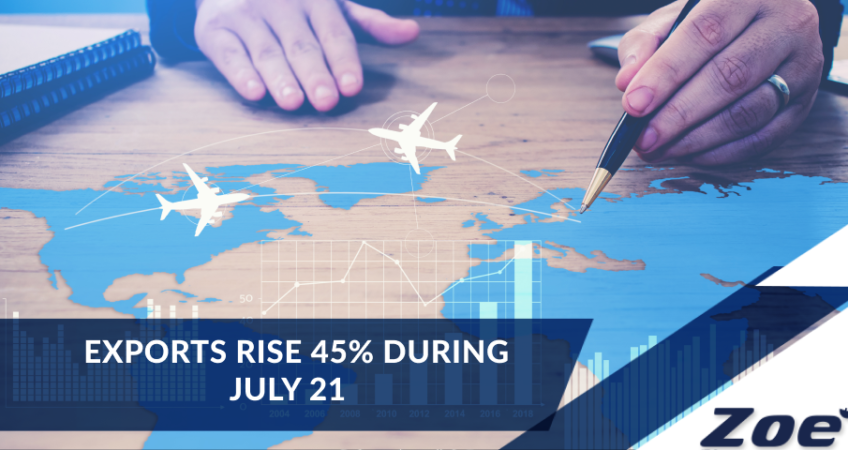 The country’s exports grew 45.13 per cent to USD 22.48 billion during July 1-21 on account of healthy growth in sectors such as gems and jewellery, petroleum and engineering, according to the provisional commerce ministry data. Imports also rose 64.82 per cent to USD 31.77 billion in the said period, leaving a trade deficit of USD 9.29 billion.

Exports of gems and jewellery, petroleum and engineering during July 1-21 stood at USD 424.5 million, USD 923.33 million and USD 551. 4 million, respectively, the data showed.

Imports of petroleum, crude and products rose by about 77.5 per cent to USD 1.16 billion.

Recording positive growth for the seventh consecutive month, exports rose by 48.34 per cent to USD 32.5 billion in June on account of healthy growth in shipments of petroleum products, gems and jewellery, and chemicals, even as the trade deficit aggregated at USD 9.37 billion during the month.

The final figures for the full month of July would be released next month by the ministry.