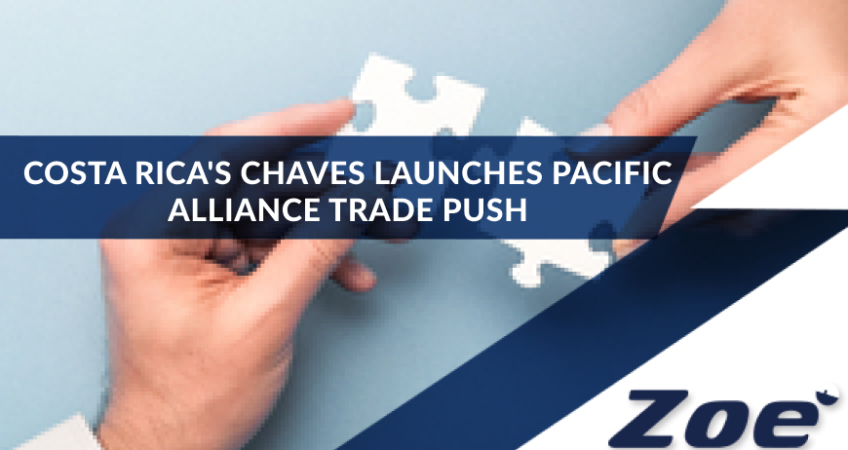 Costa Rican President Rodrigo Chaves said on Friday he has ordered his ministers to launch talks to join the Pacific Alliance, a multinational pact focused on boosting trade, part of the new pro-business leader’s push for faster economic growth.

The Central American country has been analyzing its inclusion in the group for over a decade, though some former governments have rejected it.

The Pacific Alliance seeks stronger economic and commercial ties, based on principles of free movement of goods, services and capital while targeting nations clustered around Asia’s Pacific coast, home to some of the fastest-growing economies.

Chaves, a maverick economist, took office in May.

Speaking to reporters, he explained that Costa Rica’s main objective is to open the country “to the east of the world, where we have little trade and we have ambitions to enter a trans-Pacific agreement, to get closer to countries like China.”

Costa Rica has existing free trade agreements with China, Singapore and South Korea. Its economy is seen growing 3.4% this year.