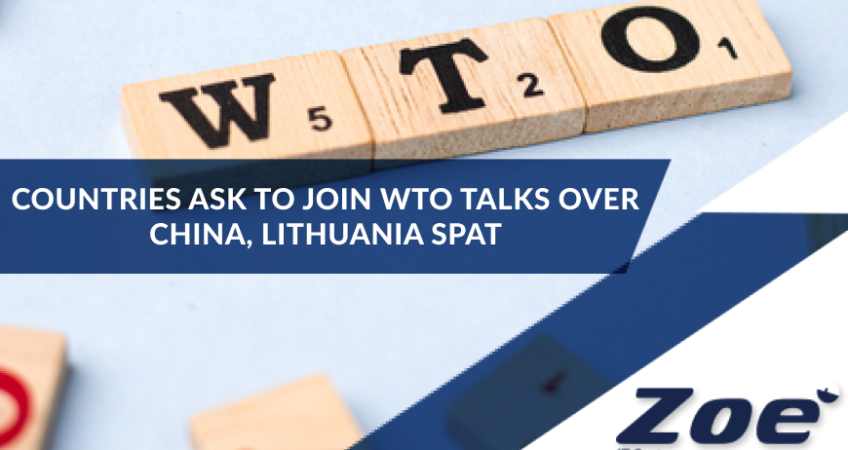 More countries have asked this week to join talks about the European Union’s complaint with the World Trade Organization accusing China of exerting economic pressure on Lithuania.

Canada was the latest Thursday, saying it wanted to take part in WTO consultations over a dispute tied to Taiwan opening a diplomatic office in the EU member country. The United Kingdom made a similar request earlier in the week, joining the United States and Australia.

Lithuania broke with diplomatic custom by agreeing that the Taiwanese office in Vilnius would bear the name Taiwan instead of Chinese Taipei, a term used by other countries to avoid offending Beijing. China considers Taiwan part of its territory with no right to diplomatic recognition.

European Union has accused Beijing of holding up goods from the Baltic country of 2.8 million and EU companies that use Lithuanian components at China’s borders in retaliation.

Chinese Foreign Ministry spokesperson Zhao Lijian said this week that China was adhering to WTO rules in its dealings with Lithuania.

“The so-called ‘coercion’ of China against Lithuania is purely made out of thin air,” Zhao said. He added that it “should stop confounding right with wrong and maliciously hyping things up, let alone trying to rope other countries in to gang up on China.”

“This case is important for most WTO members. The world’s most powerful economies, including all members of the G7, have joined forces against China’s illegal actions that threaten the entire international trading system,” Lithuanian Foreign Minister Gabrielius Landsbergis said Friday.

Landsbergis met with his Australian counterpart Wednesday to shore up support and talk trade, while Lithuania’s president brought up the issue Thursday with the German chancellor in a trip to Germany focused on the Russia-Ukraine tensions.