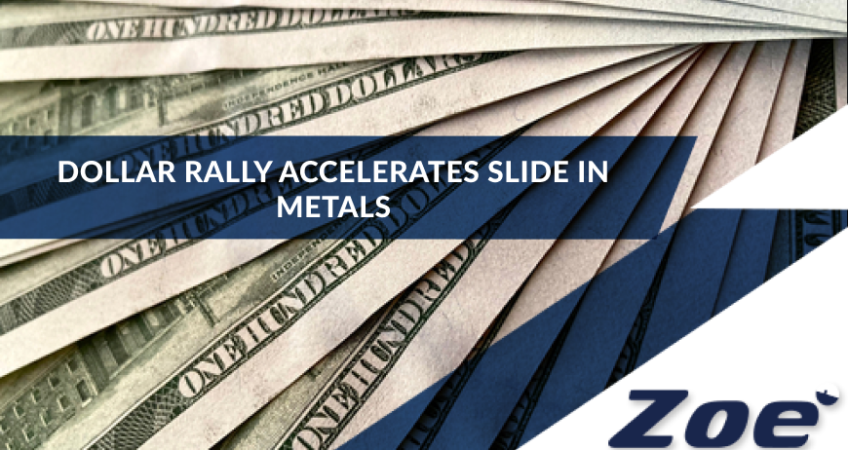 Gold and other precious metals dropped on Thursday, with palladium shedding more than 8%, as investors flocked to the dollar driven by bets the U.S. Federal Reserve will stick to aggressive rate hikes.

“Dollar is rallying as things potentially look negative in the U.S., which is hurting gold. Also, the market is realising the likelihood of seeing pretty aggressive interest rate increases,” said Bart Melek, head of commodity strategies at TD Securities.

Although it is considered a hedge against inflation and a safe bet during economic and political turmoil, gold is highly sensitive to rising U.S. interest rates, which increase the opportunity cost of holding non-yielding bullion.

“However, gold is holding relatively better when compared to the industrial precious metals,” the demand for which could be hurt in a recession environment, Melek added.

Declines in gold were, however, capped by a slide in the benchmark 10-year Treasury yields, which hit the lowest level in two weeks. [US/]

“Silver is falling faster than gold, that’s a bearish sign for the whole complex. With the ongoing lockdowns in China, industrial metals are struggling and US institutional investor who’s bailing out a gold ETF by extension bails out of silver as well,” independent analyst Ross Norman said.