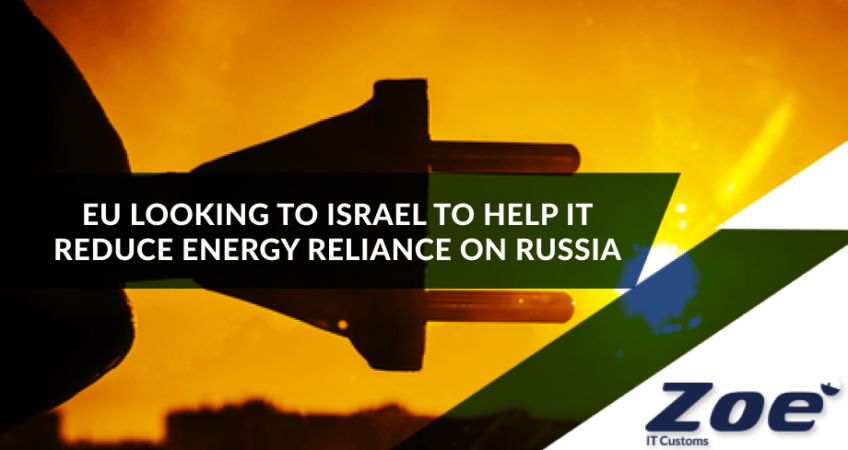 The European Union is looking to Israel to help reduce its energy dependence on Russia following the Russian invasion of Ukraine, European Commission President Ursula von der Leyen said in Jerusalem on Tuesday.

“We want to boost our energy cooperation with Israel,” the head of the EU executive said in a joint press briefing with Israeli Prime Minister Naftali Bennett.

The EU was Russia’s “biggest, most important client” in energy supplies, she said, but the invasion had spurred the bloc to pivot away from Russian fossil fuels, including by boosting natural gas imports from the eastern Mediterranean.

The 27-nation EU, Israel and Egypt are set to sign a memorandum of understanding on Wednesday, von der Leyen added, according to which Israel will export natural gas in a pipeline to Egypt, where it will be turned into liquefied natural gas (LNG) then delivered to EU member states.

“It is, for us, very important and I’m very grateful that we are now discussing this fascinating project that you are willing to increase the deliveries of gas to the European Union via Egypt,” she said.

Israeli Energy Minister Karin Elharrar said in a statement that she was heading to Cairo in preparation for the signing of the Israeli-EU-Egyptian agreement.

Bennett welcomed what he called the “very strong, positive” trajectory in Israeli relations with the EU, adding, “trade, innovation, economic cooperation are soaring.”

After transitioning from being a net importer to an exporter of gas in recent years, Israel is working to produce more from its territorial waters in the eastern Mediterranean, he said.

In a separate meeting with Bennett on Tuesday, Italian Prime Minister Mario Draghi said his country was also looking to reduce its dependence on Russian gas by working with Israel and tapping into “the gas resources of the eastern Mediterranean”.