EU Rolls Out $1.3 Billion to Help Nigeria Diversify Its Economy 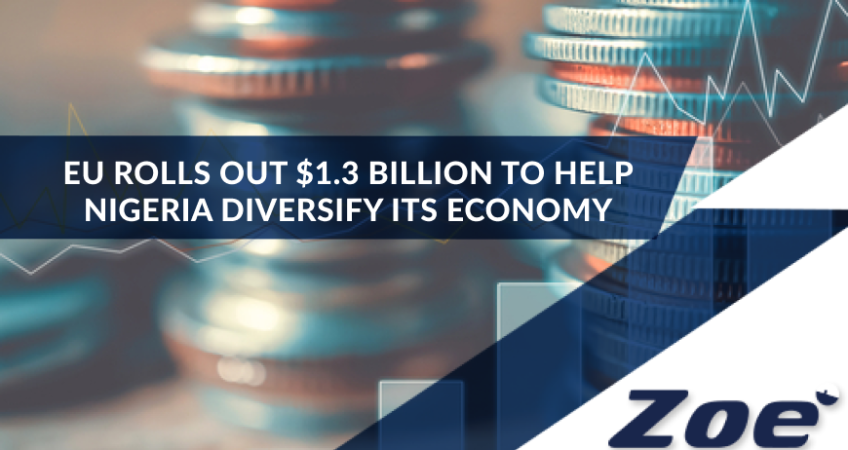 The European Union (EU) and its development finance institutions will provide Nigeria with 1.29 billion euros ($1.3 billion) to help Africa’s most populous country diversify its economy away from oil, a document from the bloc showed on Monday.

Nigeria has been trying to broaden its economy and exports outside the oil sector, which accounts for about 7% of Nigeria’s gross domestic product and 90% of its foreign currency earnings.

The funding will be provided until 2027 under the EU’s “Green Deal” initiative and will, among other things, focus on enhancing access to renewable energy and boosting the development of the agricultural sector.

“In parallel, the EIB (European Investment Bank) sovereign lending will support the agri-food sector access to markets by financing rural roads, as well as climate adaptation and mitigation efforts,” the EU said.

About 57 projects, including nature-based measures to reduce climate change vulnerability, combating deforestation and desertification, and a waste-to-energy initiative in the southern Cross River state will receive funding, the EU said.