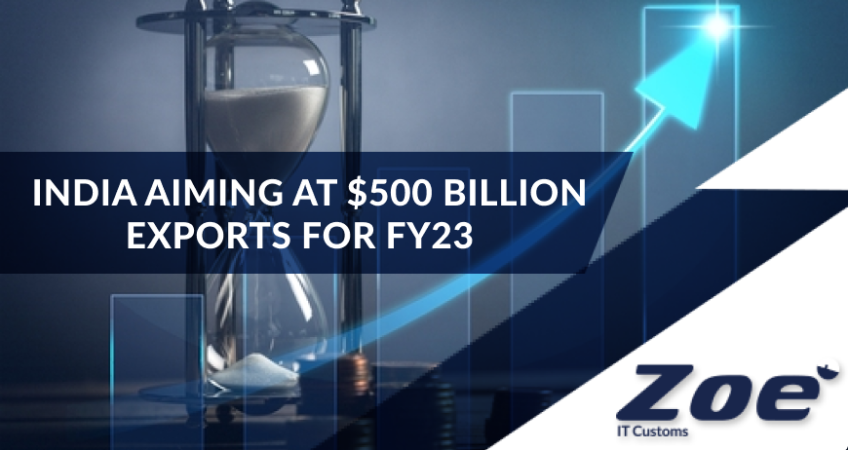 India has set up a target of USD 500 billion exports for the 2022-23 fiscal, a top government official said on Friday, contending that the COVID-19 pandemic has taught the country to “reimagine” world trade. In December 2021, exports stood at USD 37.8 billion, the highest-ever for any month, Additional DGFT Amiya Chandra said during a webinar organised by the Bengal Chamber of Commerce and Industry.

“We are bang on target to touch USD 400 billion for the current fiscal. So far in the first nine months, the country’s exports were to the tune of USD 301.38 billion,” he said.

“The apprehension that COVID-19 would lead to a sharp decline in foreign trade has turned out to be negative. However, the pandemic has taught us to reimagine world trade,” he said.

The fulcrum of international trade has shifted from Europe and the United States to South East Asia, the Directorate General of Foreign Trade official said.

He also said that the world is moving away from multilateral trade agreements to bilateral ones, and India is presently in the process of entering into six FTAs.

Chandra said going ahead, artificial intelligence and other forms of technology will become important in matters relating to trade.