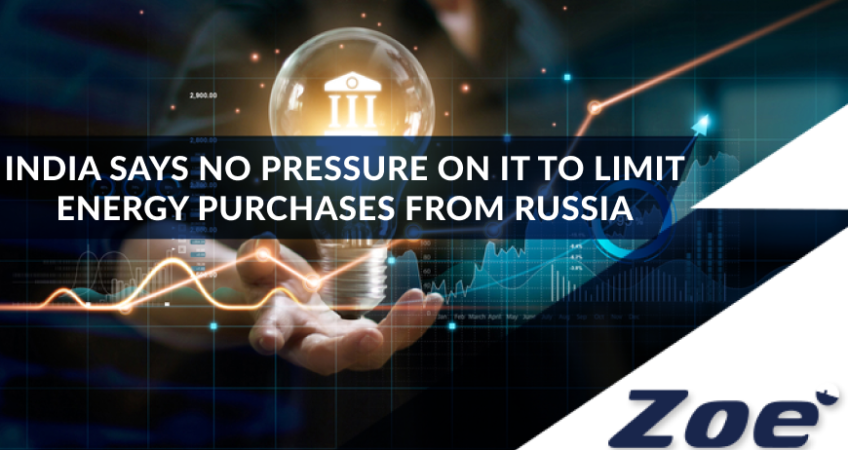 India said there was no pressure on it from Western countries or anywhere else over its energy purchases from Russia, as Indian firms step up imports of oil and coal from the country shunned by some governments for its invasion of Ukraine.

India, the world’s third-biggest crude importer, overtook China to become the biggest buyer of Russian oil in July based on sea-borne volumes, having bought very little from the country before the start of the war in Ukraine in February.

Also in July, Russia became India’s third-largest coal supplier, up from the sixth position historically, as discounts drove shipments to a record.

The United States has tried to lure India away from its main arms supplier Russia, but New Delhi says its own needs as an emerging country are paramount. India has not condemned the invasion.

U.S. Treasury Secretary Janet Yellen last month described as “encouraging” talks with India about a proposed price cap on Russian oil that Washington hopes will make it harder for Moscow to fund the war.

Bagchi said he was not aware of any specific proposal on price caps, adding, “I certainly would not be able to agree on the idea that there is pressure on such issues”.

Russia has said it will not supply oil to countries imposing a price cap.

Its central bank said on Friday that the country was considering buying the currencies of “friendly” countries such as China, India and Turkey to hold in its National Wealth Fund.

India has already said trade with Russia is expected to surge in the next two months, after India’s central bank allowed importers and exporters to pay in the partially convertible rupee.