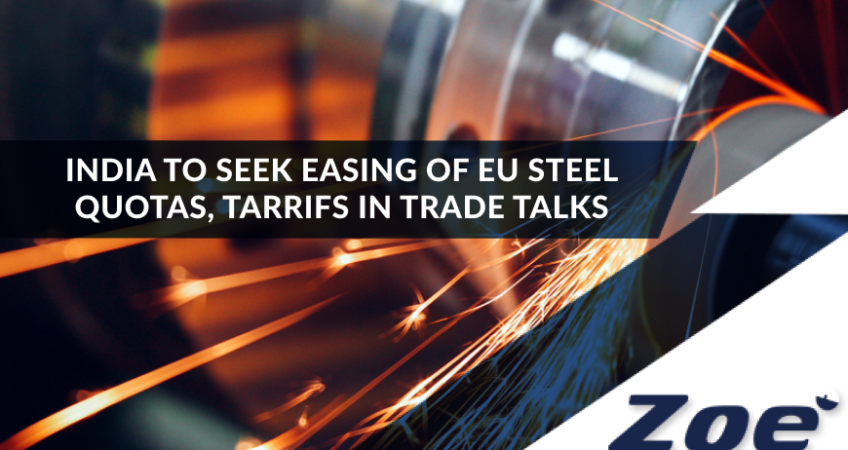 India will seek an easing of European Union steel import quotas and tarrifs in talks for a new trade deal as Indian steelmakers struggle to sell the alloy in one of world’s big markets, a senior government official said.

Last year, India and the EU relaunched negotiations for a free trade agreement with the aim of completing talks by the end of 2023. The two sides previously launched talks in 2007, but they were frozen in 2013 due to a lack of progress.

India’s steel and trade ministries did not immediately reply to a Reuters email seeking comment.

The EU uses a system of quotas and tariffs to protect its steelmakers. Other than India, the main exporters of steel to the EU are China, Russia, South Korea, Turkey and Ukraine.

“Secondary steel manufacturers have raised the issue of EU’s export quota and tariffs coming in the way of India’s steel exports to the EU,” the official said.

In its negotiations with the EU, India is also expected to express New Delhi’s concerns over EU countries’ proposed carbon dioxide emissions tariff on imports of polluting goods such as steel and cement.

“All these countries in order to protect their industries, force their standards,” the official said.

The official also said India was working on a proposal to introduce 23 new quality control orders to check low-quality imports.

As Indian steel mills struggle with raw material supply disruptions triggered by the war in Ukraine, the official said New Delhi was looking at securing the supply of coking coal from new markets such as Mongolia.