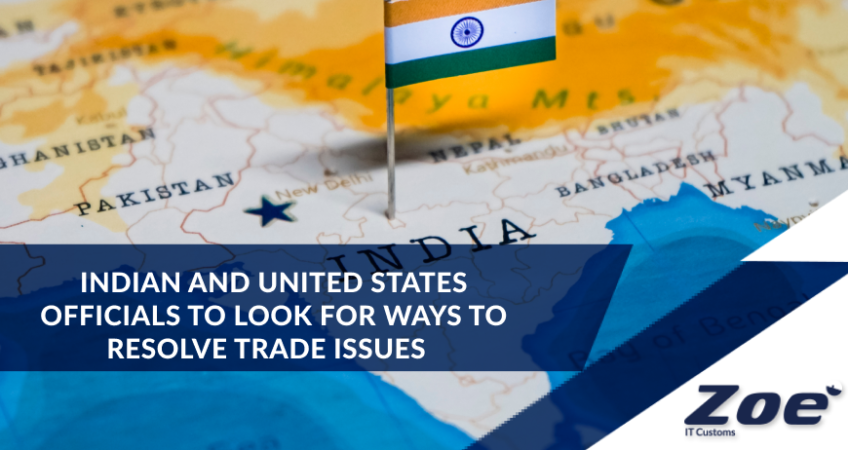 India and the United States agreed to look for ways to resolve differences on issues such as market access and digital trade at the start of a two-day visit by U.S. Trade Representative Katherine Tai, officials said.

Negotiators from both countries have struggled for more than a year to conclude a trade package as New Delhi and Washington spar over a range of issues, including tariffs.

“These are issues where we intent to make progress and they will be on the top of my list during the visit,” Tai told Indian officials at a dinner hosted by Commerce Minister Piyush Goyal.

“We have been uniquely tasked by our leaders, PM Modi and President (Joe) Biden, to strengthen our economic ties and trade based on transparency and fairness,” Goyal said at the dinner.

There was huge potential for growth in areas such as digital economy, health services and agriculture, Tai said.

Both countries have agreed to revive their Trade Policy Forum, after a gap of four years. The revived forum could help expand bilateral trade that has never seemed to live up to its potential, Tai said.

The officials agreed that the forum will help deepen the bilateral trade relationship by establishing regular contact to resolve obstacles, Tai’s office said.

U.S.-Indian relations have grown steadily closer and both countries have joined with Japan and Australia in the so-called Quad group in an effort to push back against Chinese influence in the Indo-Pacific region.

India is also working on ways to release national reserves of crude oil in tandem with the United States and other major economies in response to a request from Biden, Reuters reported earlier, citing government sources.

An announcement could come as early as Tuesday, according to a source familiar with the discussions. White House and U.S. Energy Department officials said no official decision on a release had been made.