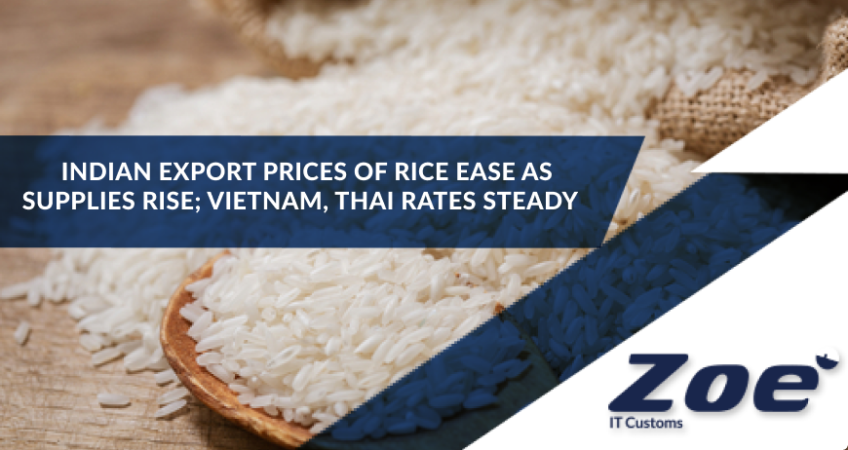 Export prices of rice in India dipped this week as supplies increased following the extension of a government scheme to provide subsidised grains, while rates in Vietnam and Thailand were mostly flat amid softer demand and rising output.

“In the open market supplies have improved as government has started distributing free rice and wheat to poor people. Local prices are coming under pressure,” said an exporter based in Kakinada in the southern state of Andhra Pradesh.

Traders said there has been a slight increase in demand but not enough to impact prices as shipping and logistic costs have declined slightly, “maybe due to stabilization after initial shock from the war in Europe.”

There is also a steady demand for animal feed in the international and domestic market, a rice trader said.

Vietnam’s 5% broken rice were offered at $400-$415 per tonne on Thursday, unchanged from a week ago.”Supplies are building up, but export activity is quiet as the shipping cost is very high,” a trader based in Ho Chi Minh City said.Vietnam exported 1.5 million tonnes of rice valued at $731 million in the first quarter this year, up 26.3% in terms of volume and up 12.9% in terms of value year on year, government data showed on Thursday.Meanwhile, domestic rice prices in Bangladesh stay elevated despite good crops, while the government offered subsidised grain to poor people.