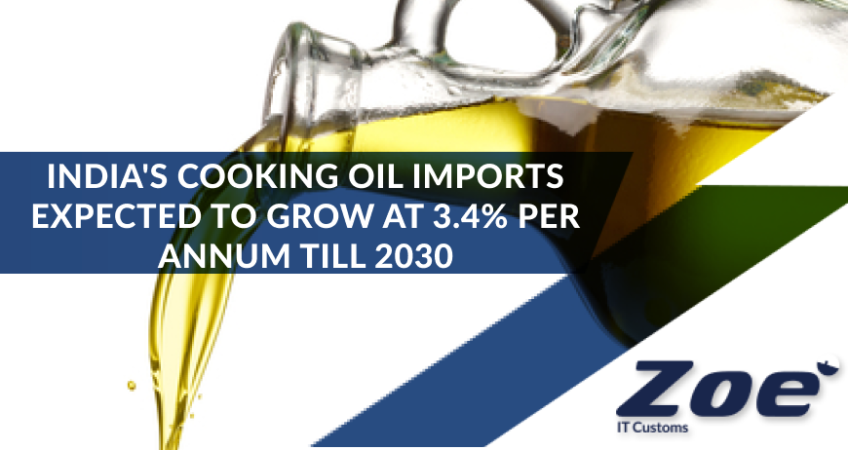 India’s cooking oil imports will continue to grow at a high growth rate of 3.4 % per annum till 2030 due to growing urbanization and changing dietary habits with a shift toward highly processed foods with high content of vegetable oils, said the Economic Survey 2021-22 on Monday.

The Economic Survey noted that the ‘oils and fats’ contributed around 60 percent of ‘food and beverages’ inflation despite having a weight of only 7.8 per cent in the group. Inflation of the sub-group has risen sharply since mid-2019; remained in double digits since April 2020 and witnessed further uptrend in Prices and Inflation 173 2021-22 In 2021-22 (April – December), its inflation has been 30.9 per cent, and stood at 24.3 per cent in December 2021.

“As urbanisation increases in developing countries, dietary habits and traditional meal patterns are expected to shift towards processed foods that have a high content of vegetable oil. Vegetable oil consumption in India is, therefore, expected to remain high due to high population growth and consequent urbanisation. As per the OECD-FAO Agricultural Outlook 2021-2030, India is projected to maintain a high per capita vegetable oil consumption growth of 2.6 per cent per annum reaching 14 kg/capita by 2030 necessitating a high import growth of 3.4 per cent per annum,” the Survey said.

To increase domestic production of edible oils, in August, 2021, National Mission on Edible Oils – Oil Palm (NMEO-OP) has been launched to augment the availability of edible oil in the country by harnessing area expansion and through price incentives. Given the fact that even today around 98 per cent of CPO is being imported the NMEO-OP may be considered a major initiative of the Government.

To soften the prices of edible oils, the basic duty on Refined palm oil/Palmolein, Refined Soyabean oil and Refined Sunflower oil has been reduced to 17.5 per cent from 32.5 percent with effect from 14th October 2021. Futures trading in mustard oil on NCDEX has been suspended and stock limits have been imposed. The Department of Food and Public Distribution has imposed stock limits on Edible Oils and Oilseeds for a period up to 31st March, 2022. The Removal of Licensing Requirements, Stock Limits and Movement Restrictions on Specified Foodstuffs (Amendment) Order, 2021 has been issued w.e.f. 8th October, 2021.

“It has also been directed to ensure that Edible Oils and Edible Oilseeds stock is regularly declared and updated on the portal of the Department of Food & Public Distribution. The government is taking steps to improve the production of secondary edible oils, especially rice bran oil to reduce the import dependence,” said the Survey.