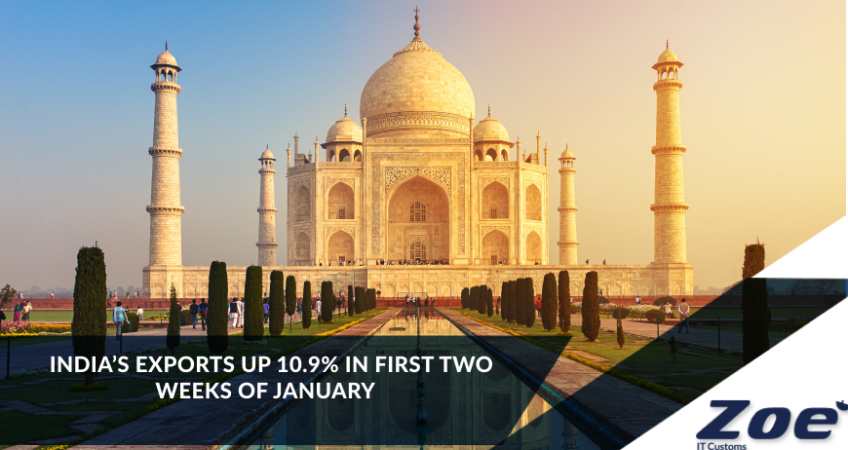 India’s exports grew 10.92% year-on-year to $11.81 billion in the fortnight ended January 14, driven by a growth in pharmaceuticals, electronics and engineering sectors, indicating a revival in activity.

Gold imports witnessed a $452.1 million rise in the period.

After a gap of three months, India’s exports witnessed growth in December when outbound shipments grew 0.14% to $27.15 billion buoyed by food products, electronics and pharmaceuticals.

“Thus, India is a net importer in trade during the second week of January 2021,” said an official.

Among geographies, the US was the top destination for India’s exports with an increase of $254.74 million followed by the UK and Indonesia. The steepest decline in exports were witnessed in petroleum products, readymade garments of all textiles and leather.

On the other hand, the UK, China and Singapore were the top sources of India’ imports in the first two weeks.

Non-oil, non-gems and Jewellery imports, an indicator of the strength of domestic demand, rose 13.13% during the period.