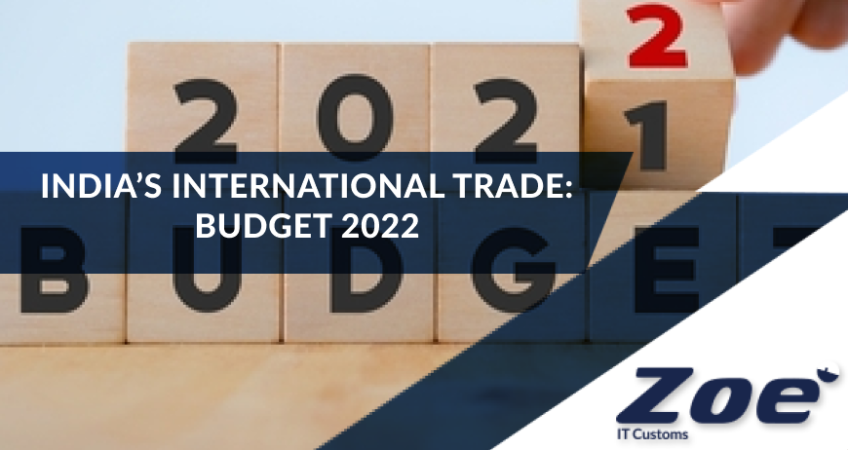 The focus of the oncoming budget is expected to be towards keeping the growth and recovery momentum alive while safeguarding economic security and taking the economy further towards green and sustainable growth. While the threat of the Omicron variant is regarded as transitory, fiscal measures that keep the foot on the accelerator for the economy, are expected to continue.

When we drill down from these overall objectives and examine potential areas of action in specific sectors and international trade, some possibilities stand out visibly. However, the Government of India is privy to multiple inputs, internal analysis as well as competing interests of various economic agents. Add to that the myriad messages that the budget encapsulates in our democracy, and it makes the act of predicting what the Finance Minister will propose on the 1st of February 2022, with regard to imports and exports, not an easy one.

Firstly, as prior to every budget, in the current year too, there are demands for lowering customs duties on certain products. Such demands are usually made with plausible justification for some food products, raw materials and inputs or intermediate goods for manufacturing industries. In 2022 such demands have been made most noticeably for metals like aluminum and steel, electronic components, inputs for manufacture of electric vehicles, electric vehicles themselves, products that are a part of the health infrastructure and certain products that lead to an inverted duty structure. Many of these demands do align with the Government of India’s efforts to embed India into global value chains for what were called network products (i.e. products with globally fragmented production processes and controlled by MNCs within their global production networks) in the Economic Survey of 2020.Accepting other duty reduction proposals could help rein in inflation or further the transition to a green economy. The healthcare sector could also see some tariff reductions. It is a fair expectation that some of these demands for duty reduction would be accommodated in this year’s budget, with a prioritization towards redressing an inverted duty structure wherever possible. The reductions in duties could indeed spur domestic manufacture in some sectors, adding to the recovery momentum.

At the same time the government will need to, at least partly, offset some of the revenue giveaways with duty increases on some other products. It is likely that Finance Ministry could target the twin objectives of tariff protection and revenue mobilization through such increases. Such possibilities exist for finished goods wherein the government wishes to attract manufacturing investment through Production Linked Incentive (PLI) schemes. The schemes open currently include specialty steel, apparel and textile products of man-made fibres and semiconductor products. Some of these products are protected from duties by international agreements, e.g. duties on many Information Technology products cannot be imposed due to India’s commitments under the Information Technology Agreement. It remains to be seen as to whether the government does impose duties on such sectors and what workarounds are found to avoid violations of commitments under plurilateral agreements. This becomes especially relevant as the PLI scheme with the largest outlay is for semiconductor manufacturing, an area which is now considered by many countries as a part of their economic, cyber and physical security.

Another area of action could be that of a sustainable green economy. While India has made protestations about the iniquitous burden of remedying climate change upon developing countries, both the Prime Minister and the Finance Minister have displayed their strong inclination towards treading a green path to economic development. So, while India has expressed its opposition to the EU Carbon Border Adjustment Mechanism, it may stand to lose less and gain more by initiating a similar mechanism in India. Such an action, in the medium to long run, could protect domestic industries from competition from more carbon intensive producers outside India and also increase India’s market access in the climate conscious developed world. The budget 2022 could make a beginning in this direction even if concrete fiscal measures like carbon tariffs or a border adjustment mechanism are some years into the future.

In addition to the aforementioned expectations on international trade from the Budget 2022, we also need to watch out for the Foreign Trade Policy announcement which has been deferred for the past two years. The refreshed trade governance landscape of India would emerge after both these events have occurred.