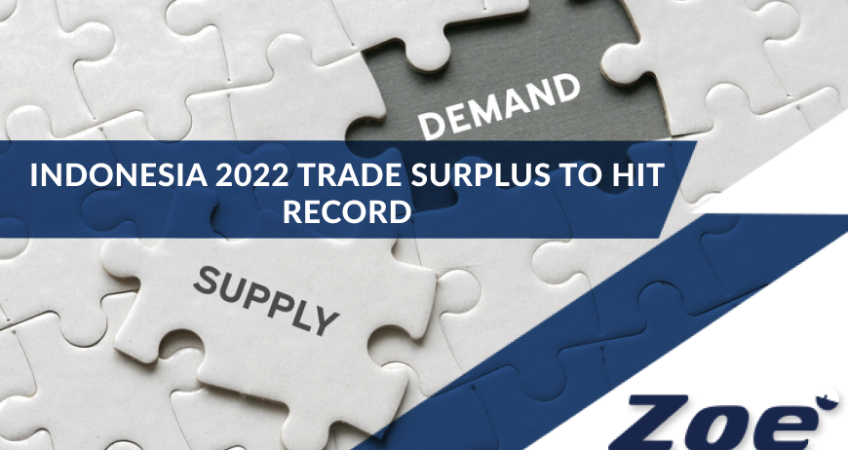 Indonesia’s 2022 trade surplus will likely be its biggest on record, but next year the gap is expected to narrow to about $38.3 billion to $38.5 billion, a trade ministry official said on Tuesday.

The ministry’s head of trade policy department, Kasan, did not provide an estimate for this year’s surplus in merchandise trade, but said it was likely to be a historic high.

“Next year likely we will still see a surplus. But the growth will depend on future situations including in countries that are our export destinations,” Kasan, who goes by one name, told reporters at a trade seminar.

Resource-rich Indonesia has seen an export boom this year, riding on high global commodity prices. It booked a $50.6 billion trade surplus in the January-November period, already bigger than the last record annual trade surplus in 2006.

Authorities have also said exports would reach a new record high this year, potentially topping $290 billion. In January to November, exports were worth $268.2 billion, up 28.2% from the same period last year.

Indonesia’s biggest buyers include China, the United States and Japan. The trade ministry has been trying to diversify by increasing shipments to Latin America and Africa.

Kasan predicted exports, excluding oil and gas shipments, to grow between 3.9% to 4.7% next year.

Such exports rose 29% on a yearly basis in January to November.