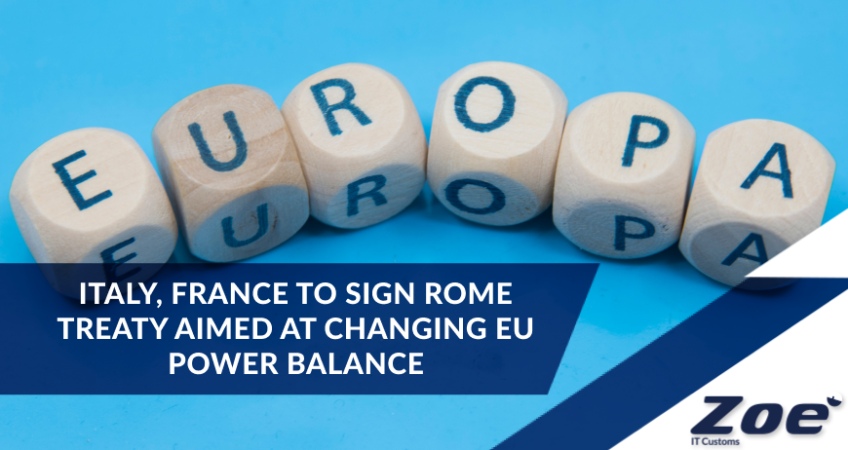 Italian and French leaders Mario Draghi and Emmanuel Macron will sign a deal next week to try to tilt the balance of power in Europe after the departure of German Chancellor Angela Merkel a government source said.

The details of the accord remain undisclosed, but another Italian official said it will boost cooperation between the countries in areas spanning the economy, trade, tourism and culture.

The project was first mooted in 2018 under Italy’s then premier Paolo Gentiloni but relations between Rome and Paris deteriorated after Gentiloni was succeeded that year by the populist government of the League and the 5-Star Movement.

“Macron wants a stronger bond with Italy and Italy wants to insert itself in the traditional partnership between France and Germany,” said the second Italian official, asking not to be named.

Italy’s intention is that the treaty will be named after the Italian president’s Quirinale palace where it will be signed, the first source said.

Details on the substance of the treaty have not yet been disclosed. A spokesman for Draghi declined to comment, while Macron’s office said it could not confirm the meeting between the two leaders at this stage.

Tensions between Rome and Paris hit a peak early in 2019 when France briefly recalled its ambassador over a row involving immigration.

The most recent meeting between Draghi and Macron was in Paris last week, focusing on the political transition in Libya, an issue of strategic importance for both leaders.