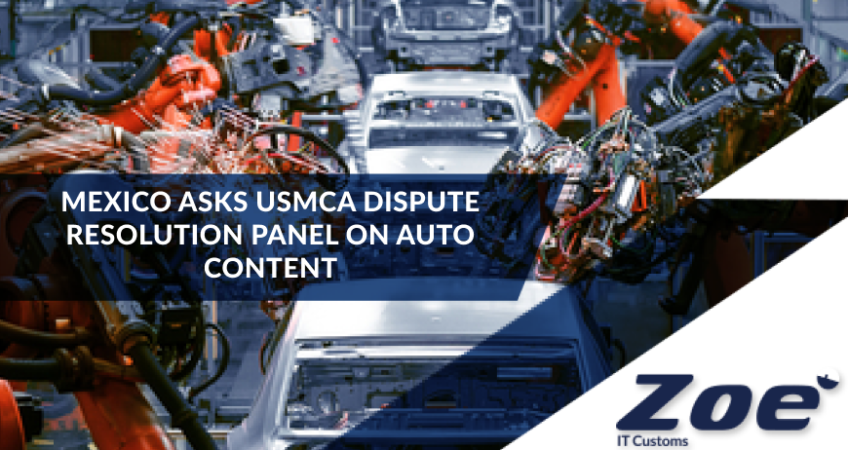 The Mexican government on Thursday requested a dispute resolution panel under the U.S.-Mexico-Canada free trade agreement because it claims the United States is improperly interpreting stricter regional content rules under the pact.

The agreement, known as the USMCA, raised required regional content to 75% of a vehicle’s value or components. Under the old NAFTA agreement, that threshold was 62.5%.

But Mexico’s Economy Department said Thursday that U.S. officials were taking an unduly strict approach by not allowing “various methodologies” to calculate content, something Mexico claims is contained in the USMCA annex.

A number of Asian and European automakers have established plants in Mexico, and sometimes import components from outside North America.

In December, Mexico threatened legal action over proposed subsidies of up to $12,500 for purchases of union-made, American-made electric vehicles.

Mexico says U.S. President Joe Biden’s Build Back Better Act, currently before the Senate, would discriminate against potential exports of Mexican-built electrical vehicles and favor domestic producers, something it claims is forbidden under the USMCA.

The United States, meanwhile, is concerned Mexico is trying to favor its own state-owned electrical power plants.

In November, U.S. ambassador to Mexico Ken Salazar said the United States has “serious concerns” about the Mexican government’s attempts to limit competition in the electrical power sector.