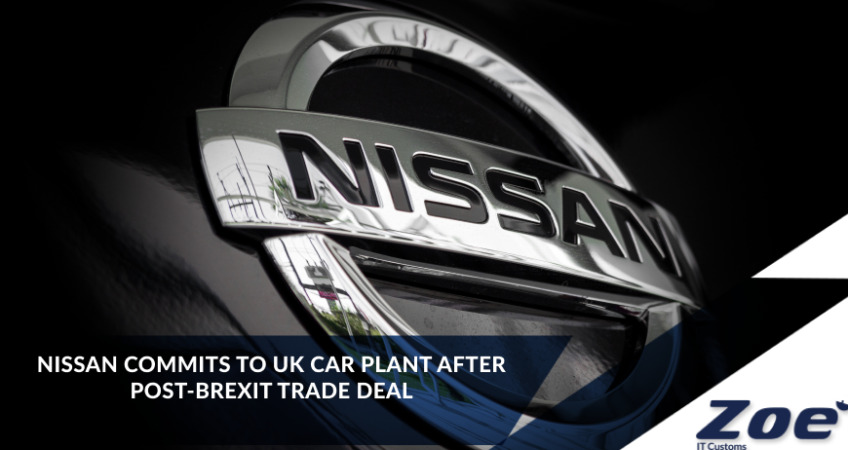 LONDON (AP) — Japanese carmaker Nissan confirmed Friday that it will maintain its operations in Britain in the wake of the post-Brexit trade deal between the country and the European Union.

The news was greeted by British Prime Minister Boris Johnson as a “great vote of confidence.”

The future of Nissan’s car plant in the northeast England city of Sunderland was thrown into doubt in the wake of Britain’s vote to leave the EU in June 2016, a decision that could have led to tariffs and quotas on trade between the two sides.

However, after months of tortuous negotiations, the U.K. and EU struck a post-Brexit trade deal at the end of 2020 that means there won’t be any tariffs or quotas. There will be other barriers to trade though, such as customs checks and more form-filling that will inevitably raise costs.

Nissan’s chief operating officer, Ashwani Gupta, said the deal ensured the company’s future in Sunderland, where it employs around 6,000 people.

“Sunderland is one of the top three plants in the world for competitiveness for Nissan,” he said from Japan.

Johnson welcomed the commitment, saying it is “fantastic news” for the workforce and the future of electric vehicle manufacturing in the country.

By the end of 2023 all Nissan cars sold in Europe will have an electrified version, Gupta said, adding that it will then be up to customers to decide how quickly they switch from traditional combustion engines.

Though committing to the Sunderland plant, Nissan said one of its two lines there will pause production on Friday as shipping routes and ports come under pressure because of the coronavirus crisis. It said this will affect the line which produces the Qashqai and Leaf vehicles but that production will be back to normal next week.

Unions greeted the Nissan commitment with relief, as it brings an end to nearly five years of uncertainty.“Through continued economic and public health uncertainty they have battled to maintain this plant as one of the most productive in the autos sector and to put it in the best place to transition to the next generation of vehicles,” said Steve Bush, an official at the Unite union.