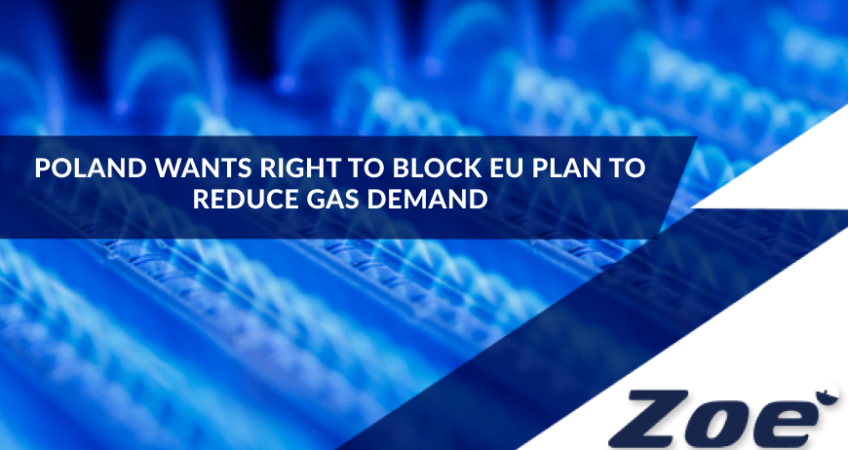 Polish Prime Minister Mateusz Morawiecki said on Thursday that a possible decision on a compulsory reduction in gas consumption in the European Union must be made unanimously, not by a qualified majority vote.

Under the plan the cuts could be made binding in a supply emergency, provided a majority of EU countries agree. Hungary was the only country that opposed the plan, two EU officials said.

Poland had said it was against binding cuts, and on Thursday Morawiecki said he wanted to have the possibility to veto such a decision.

“We absolutely favour such a vote in this matter – due to the fact that it concerns electricity, the energy mix – being in the mode of so-called unanimity, where Poland has the right to veto. We demand it,” he told private broadcaster Polsat News.

“If the EU tries to coerce us into voting by qualified majority, we will protest strongly. If necessary, we will make a formal veto, and then, unfortunately, the attitude to this veto will depend on decisions of the bodies of the European Union.”

Poland’s climate minister said in a separate interview that Poland has already achieved a significant reduction in gas consumption and a discussion about compulsory cuts was “unnecessary”.

“I hope it will never happen … we will absolutely not support such a (compulsory) reduction, and in the worst case, if we are outvoted, we simply won’t comply,” Anna Moskwa told public broadcaster TVP.