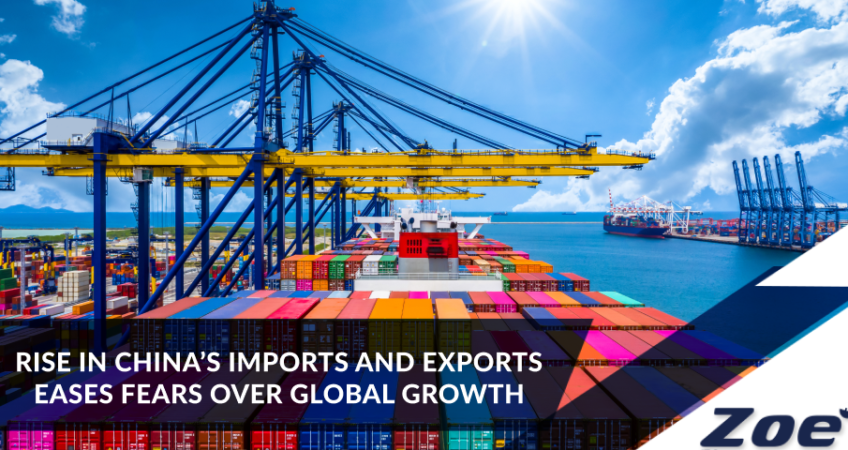 China’s exports and imports both rose strongly in June, helping ease concerns over global growth that have knocked financial markets in recent days.

Exports grew by 32% year on year in June to $281bn (£203bn), according to figures from China’s General Administration of Customs. This is up from the 28% growth recorded in May, and better than analysts had expected. It marks 12 months of continuous export growth.

Julian Evans-Pritchard, a senior China economist at Capital Economics, said: “Headline trade growth was stronger than expected last month, partly thanks to easing shortages of semiconductors. But exports remained below their recent peak and we still think shipments will soften in the coming quarters.”

China’s exports have strengthened as other countries eased Covid lockdown measures, allowing consumers to go out and spend more. The rise came despite a pickup in coronavirus cases in southern China that caused delays in shipments at some large ports for much of June. China’s shipments to Japan and the EU accelerated significantly last month, to 26% and 27% respectively.

Exports to the UK rose just 9.2%. Shipments to the US increased nearly 18% but marked the slowest pace since July last year.

Lee Hardman, a currency analyst at Mitsubishi Financial Group, said: “The report should help to put a dampener on the global growth scare that has hit financial markets over the past week.”

A Chinese customs spokesperson, Li Kuiwen, said the annual growth rates in exports and imports would slow in the second half of this year owing to the comparison with last year, when trade bounced back strongly after grinding to a halt at the start of the Covid crisis, but added: “Trade throughout the year is still expected to maintain a rapid growth.”

Jeffrey Halley, a senior market analyst for Asia Pacific at the trading platform Oanda, said: “The robust China data will be a shot in the arm for Asia, and a sense of relief across the region will be palpable. Ex-China, Asia and Australia are dealing with varying waves of Covid-19, which, given their stubborn refusal to go away, will inevitably lead to some mollifying of growth prospects for the rest of the year.”