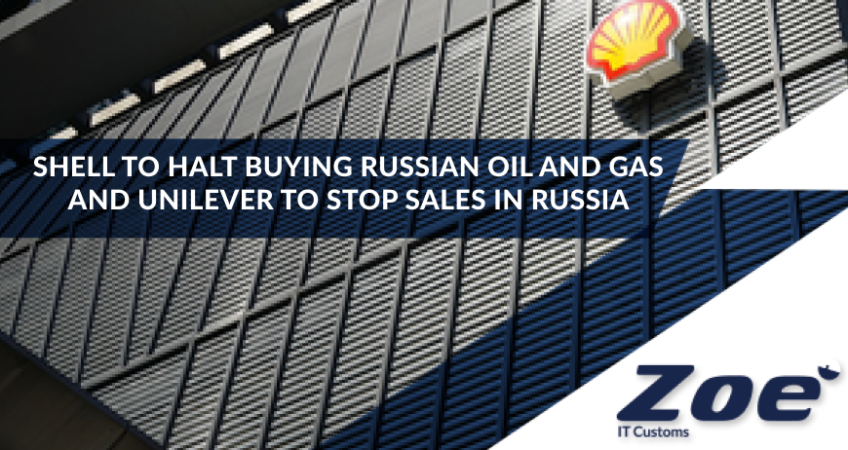 Shell has announced plans to withdraw from Russian oil and gas and Unilever has said it will stop selling its products in Russia, amid an exodus of big British companies from Russia after its invasion of Ukraine.

The attack has prompted a global outcry and forced bosses to examine their companies’ links to Russia, amid unprecedented sanctions from the US, EU, and UK.

Shell and its FTSE 100 rival, BP, had already said they would abandon major stakes in Russian oil and gas extraction projects after pressure from the UK government. However, Shell went further on Tuesday, saying it will stop all spot purchases of Russian oil and gas, as well as shutting 500 service stations, its aviation fuels and lubricants operations in Russia.

It came on a dramatic day for the global energy industry, with the US president, Joe Biden, banning Russian oil imports to the US in order to target “the main artery” of the Russian economy. The UK also said it would phase out imports of Russian oil by the end of 2022 and that it was exploring options to end gas imports. Russia’s oil and gas producers provide a large proportion of the state’s revenues every year.

Brent crude oil prices rose as high as $133 a barrel on Tuesday, before dropping back to $126, a three-dollar gain during the day.

The response to the invasion threatens to economically isolate Russia and its population, with consumer brands also pulling out.

Unilever’s chief executive, Alan Jope, said the company had suspended all imports and exports of its products into and out of Russia, as well as stopping all media and advertising spend in the country. Unilever controls brands ranging from Ben & Jerry’s ice-cream to Dove soap and Marmite – none of which are likely to be readily available in the country once stocks run out.

“We will not invest any further capital into the country nor will we profit from our presence in Russia,” Jope said. “We will continue to supply our everyday essential food and hygiene products made in Russia to people in the country. We will keep this under close review.

“We continue to condemn the war in Ukraine as a brutal and senseless act by the Russian state.”

McDonald’s on Tuesday said it was temporarily closing all 850 outlets in Russia, although the salaries of its 62,000 staff would continue to be paid.

Other consumer-facing brands that have stopped sales in Russia include the UK carmakers Jaguar Land Rover and Aston Martin, while in professional services the UK-headquartered “big four” accountants – Deloitte, EY, KPMG and PwC – have all said they will shut their Russia offices.

They have been joined by a host of US and European companies who have pulled out, ranging from the plane manufacturers Airbus and Boeing to the phone maker Apple and the delivery companies UPS and FedEx.

He said: “We are acutely aware that our decision last week to purchase a cargo of Russian crude oil to be refined into products like petrol and diesel – despite being made with security of supplies at the forefront of our thinking – was not the right one and we are sorry.”

Shell bought the oil from the Swiss trader Trafigura at a discount of $28.50 a barrel. As the backlash over the purchase grew last weekend, Shell pledged to donate the profits from processing the oil to a dedicated fund.

Van Beurden’s apology represented a U-turn from last week, when Shell defended its decision to buy Russian oil as necessary to keep energy flowing through Europe.

The company now says it will immediately stop buying Russian crude on the spot market and not renew longer-term contracts. It will also change its supply chain to remove Russian supplies, but said this could take weeks to complete and would lead to reduced throughput at some of its refineries.

Shell got about 5% of its crude oil and natural gas liquids from Russia in 2020, the last available figures, to be turned into diesel, petrol and other products at its refineries, and 4% of its natural gas.

Susannah Streeter, a senior investment and markets analyst at Hargreaves Lansdown, said: “Shell’s apology for buying Russian oil shows just how strong the winds of change are blowing through the corporate world.”The change should help reduce the risk of Shell “ending up in the ethical waste bin,” she added.