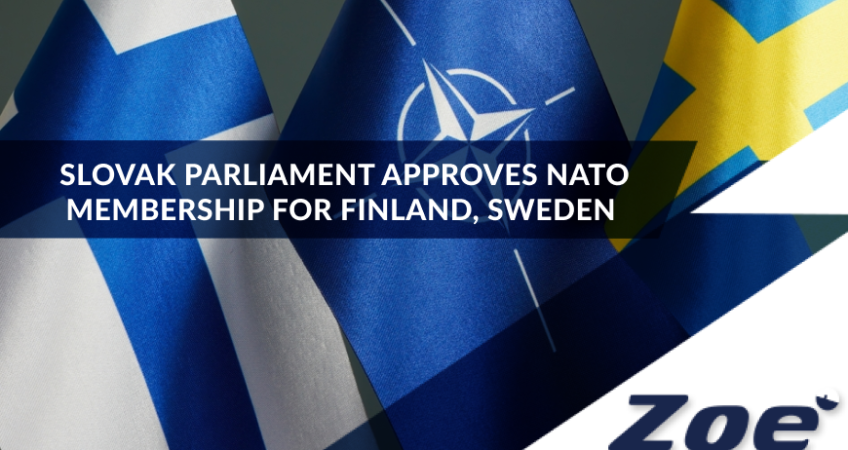 Slovakia’s parliament on Tuesday ratified the entry of Finland and Sweden to NATO, becoming one of the last countries to back the military alliance’s expansion.

Finland and Sweden sought to join NATO this year in response to Russia’s invasion of Ukraine.

NATO’s 30 members have been ratifying their entry since accession protocols were signed in July. With Slovakia’s vote, only Hungary and Turkey remain to approve the expansion.

Turkey had been opposed, accusing the Nordic countries of imposing arms embargoes on Ankara and supporting groups it deems terrorists. But the three signed an accord to lift Ankara’s veto in exchange for counter-terrorism promises.

Turkey has said it will block the membership bids if pledges are not kept.

In the 150-seat parliament, 126 lawmakers supported Finland’s entry, and 124 voted in favor of Sweden’s membership bid.

Slovak Prime Minister Eduard Heger’s government has been a strong backer of Ukraine since war started in February. The country, which borders Ukraine, has also agreed to host a NATO battlegroup as the alliance bolsters its eastern flank.

Support among the public in Slovakia is shakier, with a poll in September showing a slight majority backing Russia over Ukraine in the war.

Hungary’s parliament has the motion on Finland and Sweden’s NATO membership on its agenda, but no date is set as lawmakers return after a summer recess.

Russia, which calls its actions in Ukraine “a special military operation”, sees the entry of Finland and Sweden as a destabilising move.