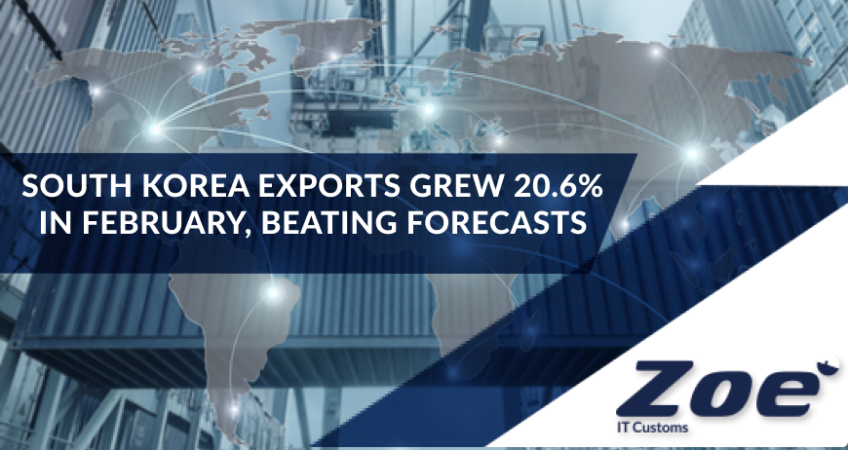 South Korea’s exports grew for a 16th straight month in February and at a faster pace than expected, with the trade balance in goods swinging back to the positive territory.

Exports in February expanded 20.6% from a year earlier to $53.91 billion, trade ministry data showed on Tuesday, beating a forecast for 18.2% growth in a Reuters’ poll and faster than the 15.2% in January.

A breakdown by items showed exports of semiconductors jumped 24% year-on-year, while those for petrochemicals, oil and steel products also surged 24.7%, 66.2% and 40.1%, respectively.

By destination, exports to China, South Korea’s biggest trading partner, gained 16%, and those to the United States and European Union rose 20.9% and 8.6%, respectively.

Imports, meanwhile, jumped 25.1% in February to $53.07 billion, with those of crude oil, gas and coal totaling $12.5 billion. That brought the trade balance to a $0.84 billion profit, after recording a record $4.83 billion deficit in January.

South Korean financial markets are closed on Tuesday due to public holiday.