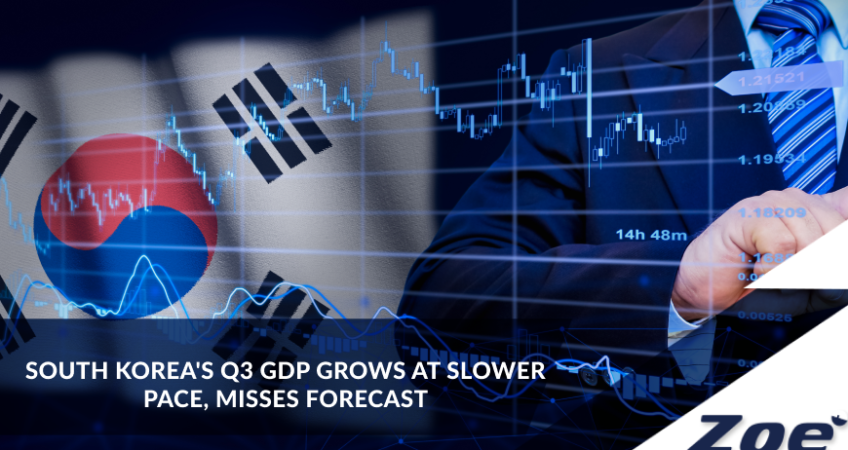 South Korea’s economy grew at a slower pace in the third quarter, as robust exports were offset by weak domestic demand and construction and facility investments, data from the Bank of Korea showed on Tuesday.

Gross domestic product (GDP) grew a seasonally adjusted 0.3% in the September quarter from three months earlier, slowing from 0.8% growth in the preceding quarter and missing a median 0.6% growth tipped in a Reuters survey.

From a year earlier, Asia’s fourth-largest economy expanded 4.0% during the third quarter, down sharply from a 6.0% expansion in the second quarter, which was the fastest in a decade. That also compares to a 4.2% rise seen in the survey.