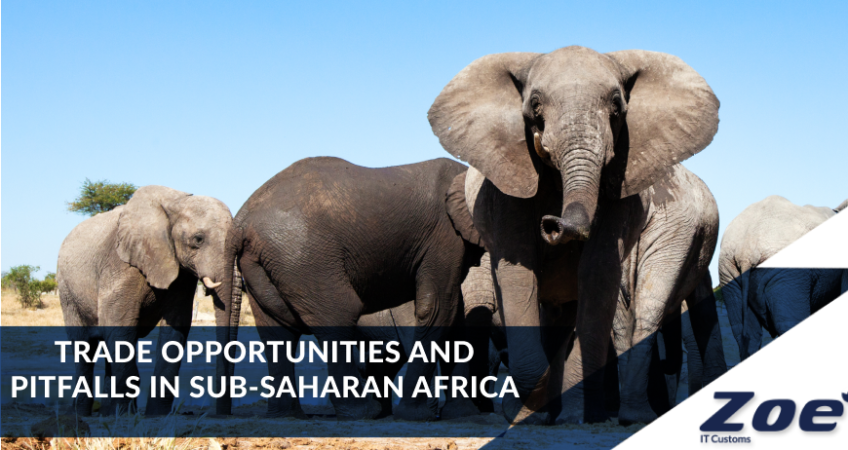 While Sub-Saharan Africa has some of the highest population growth rates in the world and offers great opportunities for trade and investments, its political, economic, social, and environmental instability make doing business in the region a risky venture. Bribery and graft are widespread, rates of violent crimes are often high, and communities in the region far too often see their resources being stripped away without making much profit.

However, companies have long seen the value of doing business in Africa when it comes to resource extraction. From ivory to the cobalt that powers our smartphones today, Africa has long held treasures that have been coveted by the rest of the world. But for far too long, the world has neglected the true potential of the Sub-Saharan Africans, which has been damaging for both Africans and the rest of the world. But now, smart businesses are seeing the value of trading with and selling to Sub-Saharan Africans.

In the near future, Africa will grow to account for a fifth of the world’s population, and spending by African businesses and consumers should reach $5.6 trillion by 2025. Sub-Saharan Africa suffers from a perception of high risk that it doesn’t really deserve. Political instability, undemocratic governments, and graft are major problems when doing business in Africa, but could not the same be said about China? About India? About dozens of other markets? Trying to compare the relative risk associated is not sensible. There will always be risks when you want to do business in any of these markets.

According to the World Bank, Africa’s overall rate of return on foreign direct investment (FDI) has been above 9% since 2006, higher than the world average of 7.5%. This means that as a continent, businesses have been under-investing. Too many enterprises have been scared off by the high-risk perception of Sub-Saharan Africa and have lost out on great opportunities. Of course, it’s also important to keep in mind that Sub-Saharan Africa consists of at least 46 nations and different communities and ethnicities representing over a thousand languages. Trading with Equatorial Guinea will be very different from doing business in Eswatini.