Taiwan to Discuss Supply Chains With U.S. Next Week Amid Auto Shortage 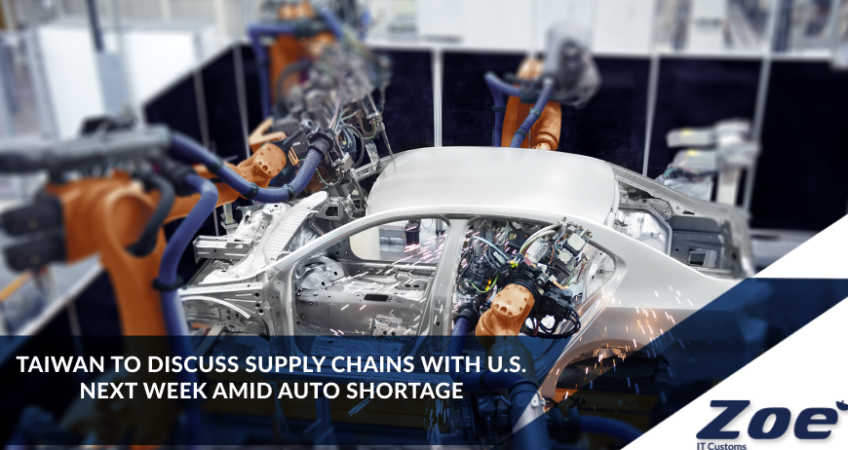 TAIPEI (REUTERS) – Taiwan Economy Minister Wang Mei-hua will hold a virtual meeting with the United States next week to discuss supply chains, with semiconductor firms present, her ministry said on Friday, amid a global shortage of chips used by automakers.

The State Department said Deputy Assistant Secretary for Trade Policy and Negotiations Matt Murray would take part in the meeting. It will be the most senior announced exchange between Taiwan and the Biden administration, which took office on Jan. 20.

Car factories around the world are shutting assembly lines because of the chip shortages, which in some cases have been exacerbated by the former U.S. administration’s actions against Chinese chip factories.

Germany’s economy minister wrote to Wang to help resolve the problem, and this week she met chip company executives including from TSMC to push them to ramp up production.

Taiwan’s Economics Ministry said Wang was expected to hold the meeting with the United States next Friday “to work with industry players to promote closer cooperation in the Taiwan-U.S. industrial chain.”

A spokesman for the U.S. State Department said the past year had shown that “strong and diverse supply chains are vital to U.S. security and prosperity.”

He said the department would continue to focus on strengthening economic ties with Taiwan. Such ties were stepped up under former President Donald Trump, angering China, which claims Taiwan as it own territory.

“Taiwan is a leading democracy and a critical economic and security partner,” the spokesman said. “Economic and commercial ties with Taiwan advance U.S. interests and help create economic opportunity in the United States.”

Biden’s administration issued a strong statement of support for Taiwan at the weekend amid stepped up Chinese military activity near the island, calling the U.S. commitment to Taipei “rock solid.”

On Friday, Biden’s national security adviser, Jake Sullivan, said Washington must be prepared to impose costs on China for its threats towards Taiwan and other issues.

The Taiwanese ministry said next week’s meeting would include representatives of industries from both sides, “not limited to semiconductors.”

Wang said this week Washington had already been in touch with Taiwan to discuss the auto chip supply crunch.