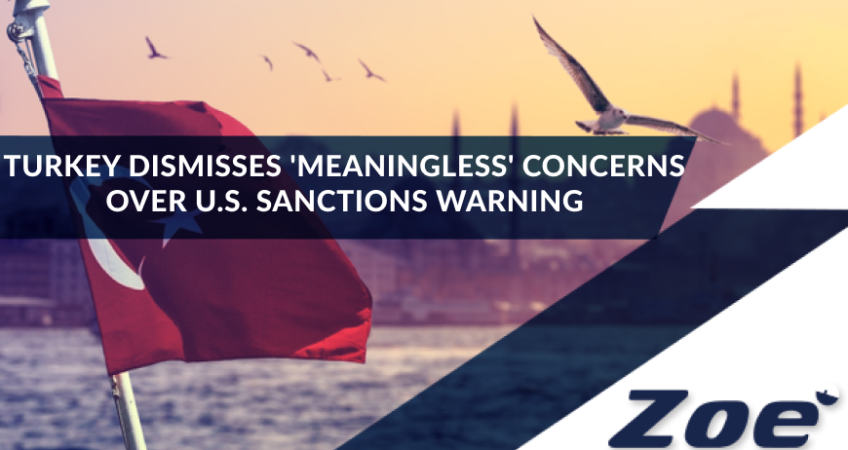 Turkey’s Finance Minister on Friday dismissed as “meaningless” concerns among Turkish businesses over a U.S. Treasury warning that they risked being penalised if they maintained commercial ties with Russians under sanctions.

NATO-member Turkey has sought to strike a balance between Moscow and Kyiv by criticising Russia’s invasion and sending arms to Ukraine, while opposing the Western sanctions and continuing trade, tourism and investment with Russia.

Minister Nureddin Nebati said Turkey was determined to improve economic and trade relations with its neighbours “within a framework that is not subject to sanctions”.

Some Turkish firms have purchased or sought to buy Russian assets from Western partners pulling back, while others maintain major assets in Russia. Ankara has said Western sanctions will not be circumvented in Turkey.

The U.S. Treasury warned both the country’s largest business group TUSIAD and Nebati’s ministry this month that Russian entities were attempting to use Turkey to bypass Western sanctions.

“It is meaningless for a letter relayed to Turkish business groups to create concern in our business circles,” Nebati said in a tweet. “We are pleased to see that the United States, our ally and trade partner, is inviting its businesses to invest in our economy.”

All players in Turkey’s economy are tied to free market principles and are working to obtain a bigger share of global trade, and the government is “beside its business world on this path,” he said.

Turkey, which has Black Sea borders with both Russia and Ukraine, has said joining sanctions against Russia would have hurt its already strained economy and argued that it is focused on mediation efforts.

One benefit for Turkey has been a jump in foreign arrivals, thanks largely to Russian visitors with few other options due to Western flight restrictions.

The head of a metal exporters group said this month that Russian demand for Turkish products had increased, and that Turkish companies had received enquiries from European businesses about supplying Russia via Turkey.