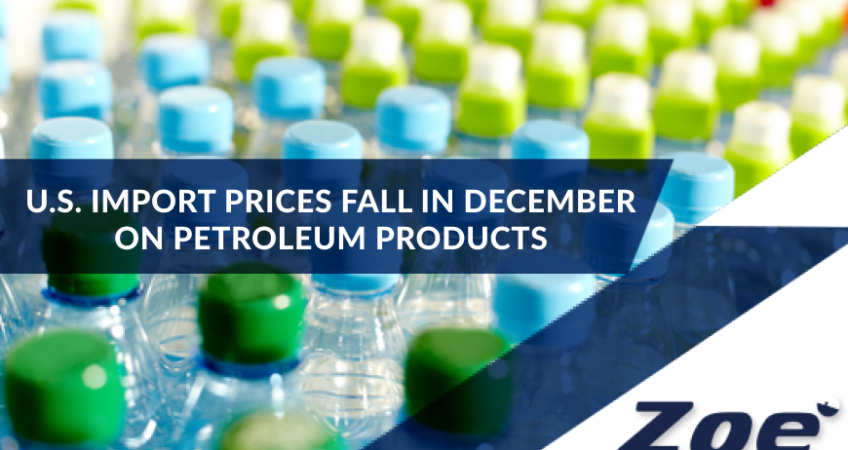 U.S. import prices unexpectedly fell in December amid a decline in the cost of petroleum products, adding to signs that the worst of high inflation was probably over.

Import prices dropped 0.2% last month, the first decrease since August, after increasing 0.7% in November, the Labor Department said on Friday. In the 12 months through December, prices rose 10.4% after advancing 11.7% in November.

The government reported on Thursday that producer prices rose just 0.2% in December, the smallest increase since November 2020. Hopes that inflation has peaked or is close to doing so where boosted by a moderation in China’s producer prices in December. Economists expect slower Chinese PPI will eventually show up in the U.S. prices. Supply chains are also improving.

Excluding fuel and food, import prices rose 0.5%. These so-called core import prices advanced 0.6% in November. They increased 5.7% on a year-on-year basis in December

Export prices increased 14.7% year-on-year in December. That followed a 18.2% annual surge in November.