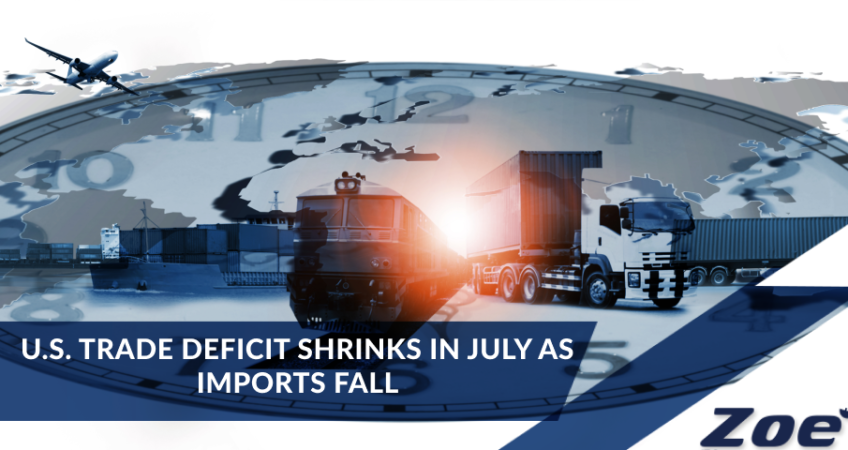 The U.S. trade deficit narrowed more than expected in July as imports declined likely because of shortages and a shift in domestic spending from goods to services.

The Commerce Department said on Thursday that the trade gap fell 4.3% to $70.1 billion. Data for June was revised to show the deficit at $73.2 billion instead of $75.7 billion as previously reported.

If sustained, the narrowing trade deficit could see trade contributing to gross domestic product growth in the third quarter after being a drag on GDP for four straight quarters.

But, with businesses desperate to rebuild inventories, which were depleted in the first half of the year, July’s decline in goods imports could be temporary.

Growth estimates for the third quarter are converging around a 5% annualized rate. The economy grew at a 6.6% pace in the second quarter.