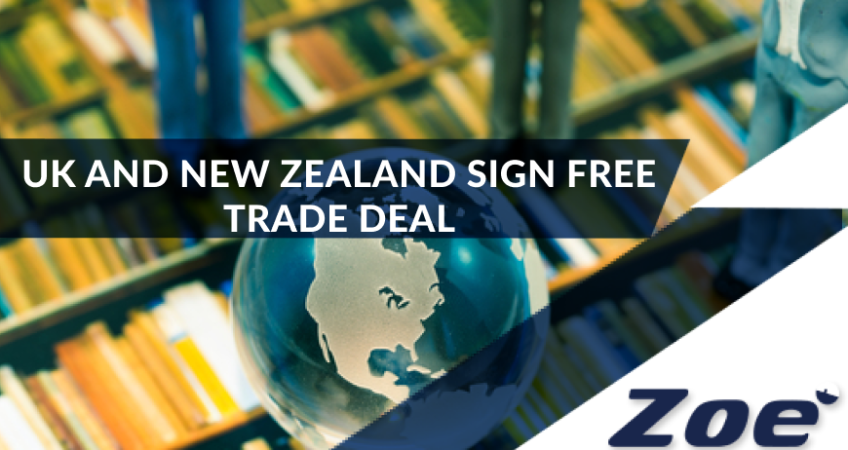 Britain and New Zealand have signed a free trade deal, which the UK government said would boost bilateral trade by 60% by eliminating tariffs, cutting red tape and enabling freer movement of professional workers.

Most business leaders welcomed the deal, which was agreed in principle in October and follows on the heels of a similar agreement with Australia, but the National Farmers’ Union (NFU) said it would lead to unfair competition in their sector.

The trade minister, Anne-Marie Trevelyan, forecast that the deal would add £800m to the British economy over the next decade.

“Our trade with New Zealand will soar, benefiting businesses and consumers throughout the UK and helping level up the whole country,” she said.

Tariffs of up to 10% on clothing and footwear, 5% on buses and up to 5% on ships, bulldozers and excavators will be eliminated, she said.

William Bain, head of trade policy at the British Chambers of Commerce, joined the head of the Federation of Small Businesses, Mike Cherry, and the Lord Mayor of London, Vincent Keaveny, in describing the deal as an opportunity for UK businesses to provide services on an equal footing with businesses based in New Zealand.

“The agreement will also boost trade in environmental goods and services – essential for the transition to net zero,” Bain added.

However, the NFU’s president, Minette Batters, said the elimination of tariffs on agricultural products would expose “sensitive sectors like beef and lamb, dairy and horticulture” to unfair competition.

“Once again, there appears to be extremely little in this New Zealand trade deal to benefit British farmers. UK farm businesses face significantly higher costs of production than farmers in New Zealand, and margins are likely to tighten further in the face of rising input costs, higher energy bills and labour shortages,” she said.

“The government is now asking British farmers to go toe-to-toe with some of the most export-oriented farmers in the world, without the serious, long-term and properly funded investment in UK agriculture that can enable us to do so; the sort of strategic investment in farming and exports that the New Zealand government has made in recent decades.”

Critics of the government’s decision to leave the EU single market and customs union said Trevelyan was involved in a damage limitation exercise that would fail to overcome the loss of tariff-free access to the world’s largest free trade zone.

David Henig, a trade expert and director of the European Centre For International Political Economy, said the New Zealand deal was accompanied by an “exaggerated economic forecast” of the benefits to both countries and was “in reality likely to be economically marginal”.

Trade between the two countries was worth £2.3bn in 2020. When the in-principle agreement was announced last year, New Zealand said it would provide a boost of almost £500m to its GDP.

The deal is the latest step in Britain’s post-Brexit pivot away from Europe and towards countries in the Indo-Pacific region, where it sees export opportunities for professional services and luxury British goods.

Trevelyan said the deal would eliminate all tariffs on UK exports to New Zealand and make it easier for British professionals and their families to work there.

Coming on the heels of a deal with Australia, Britain said it was another step toward accession to the Comprehensive and Progressive Agreement for Trans-Pacific Partnership – an 11-country trade pact central to British ambitions in the region.

“Like all our new trade deals, it is part of a plan to build a network of trade alliances with the most dynamic parts of the world economy, so we set the UK on a path to future prosperity,” Trevelyan said.