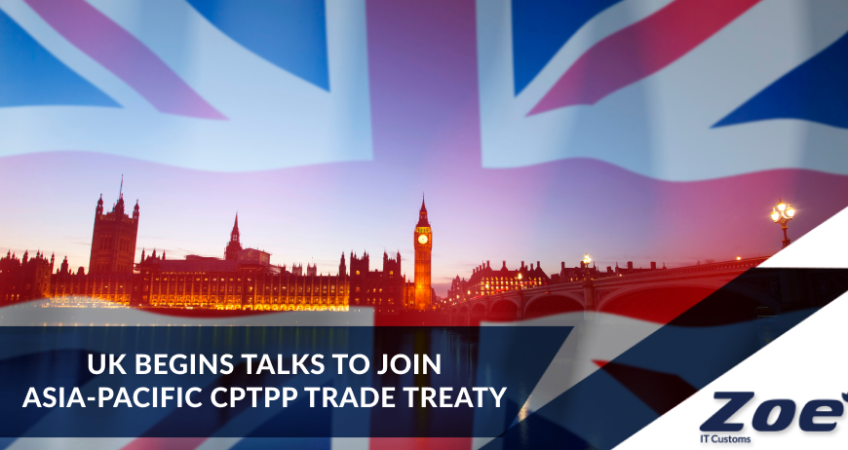 The UK is beginning negotiations to join a free trade alliance with Asia-Pacific countries, a key part of its attempts to pivot trade away from Europe after Brexit.

Britain will hold virtual talks to join the Comprehensive and Progressive Agreement for Trans-Pacific Partnership (CPTPP), strengthening trade links with the 11 countries in the group, which represent a market of 500 million people.

The UK government has said a deal with the group would open new markets for Britain’s service industries, while lowering tariffs on exports of goods such as cars and whisky.

British exports to the 11 members of the CPTPP will increase by 65% to £37bn by 2030, according to government estimates. It said UK trade with CPTPP member countries grew by 8% annually between 2016 and 2019.

“This part of the world is where Britain’s greatest opportunities lie. We left the EU with the promise of deepening links with old allies and fast-growing consumer markets beyond Europe,” the trade minister, Liz Truss, said. “It is a glittering post-Brexit prize that I want us to seize.”

Under the overarching CPTPP treaty, the vast majority of barriers to trade including tariffs and quotas are removed, and are only retained in a few very sensitive areas, for example offering protection to Canada’s dairy industry and allowing Japan to keep tariffs on rice.

However, unlike the EU, the alliance does not have wider political goals such as integration or the creation of a single market or customs union.

Britain has already reached a trade agreement with the CPTPP member Australia, the first new trade deal with another country after Brexit.

However, the deal has faced criticism, including from Britain’s farmers, who are concerned that it will allow a flood of cheaper and lower-quality meat imports from huge Australian farms to flow on to the British market, especially once the cap on tariff-free imports expires after 15 years.

Britain applied to join the CPTPP partnership in February. It is unclear what leverage the UK will have to persuade members to adapt their existing trade agreements to suit British exporters.

The alliance was created after Donald Trump withdrew the US from the Trans-Pacific Partnership before it could be ratified, leaving the remaining 11 members to amend the agreement, which came into force in 2018.