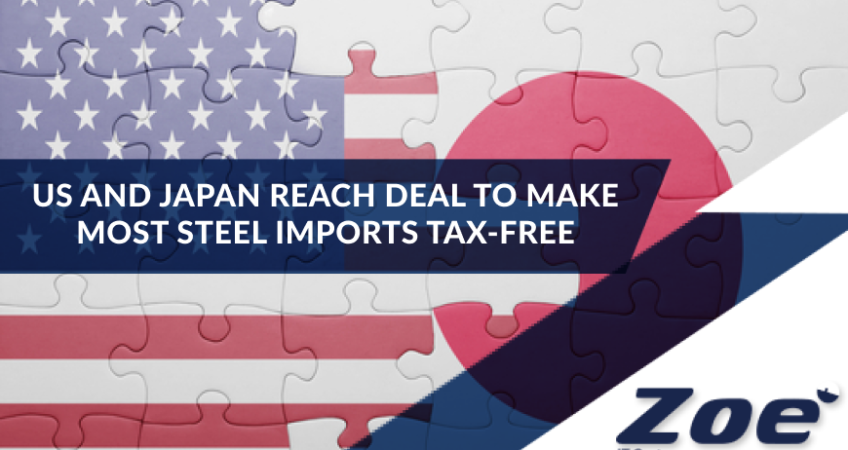 The deal with Japan would exclude the first 1.25 million metric tons of imported steel from the tax. That amount of steel is equal to the average that Americans imported from Japan in 2018 and 2019, effectively nullifying the tariffs while also allowing for taxes to be charged on any imports in excess of that sum.

“The deal we reached will strengthen America’s steel industry and ensure its workforce stays competitive, while also providing more access to cheaper steel and addressing a major irritant between the United States and Japan, one of our most important allies,” Commerce Secretary Gina Raimondo said in a statement.

U.S. Trade Representative Katherine Tai said the agreement with Japan along with a separate deal last year on steel with the European Union will put them in a better place to compete against China, the world’s second largest economy. The Biden administration has bluntly centered its policies on competing against China, which accounts for the majority of global steel production, according to the Belgium-based World Steel Association.

Trump announced the steel tariffs in March 2018 on national security grounds, even though the taxes initially hit many U.S. allies. The former president used Section 232 of the 1964 Trade Expansion Act, which allows tariffs on goods that are imported in such large quantities that national security could be impaired. The risk from tariffs is that companies pass the higher prices onto businesses and consumers, such that the tax is ultimately paid indirectly by Americans.

The new guidelines on steel will go into effect April 1.