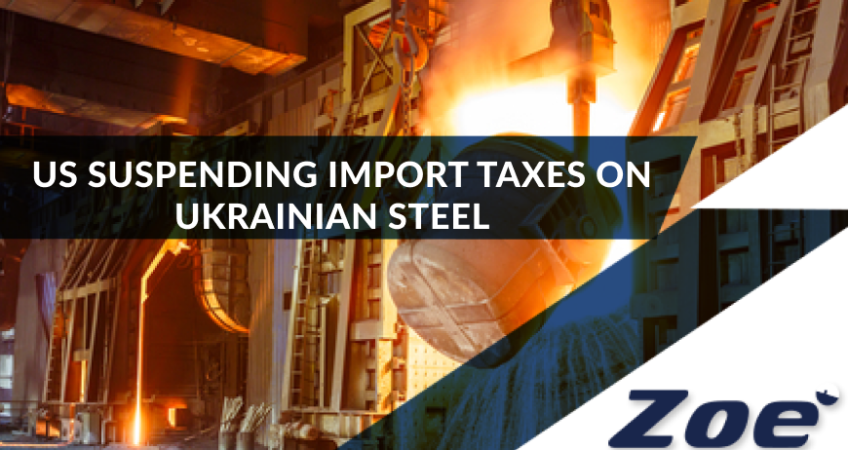 The United States is suspending 25% import taxes on Ukraine’s steel in a show of support for the country’s beleaguered economy during the Russian invasion.

The Commerce Department said Monday that it would withdraw the tariffs for a year. Ukraine accounts for only about 1% of U.S. steel exports.

Some of the country’s largest steel communities have been among those hardest hit during the war, including the Mariupol mill that’s the only part of the strategically important port city not under Russian control.

“We can’t just admire the fortitude and spirit of the Ukrainian people — we need to have their backs and support one of the most important industries to Ukraine’s economic well-being,’’ Commerce Secretary Gina M. Raimondo said. “For steel mills to continue as an economic lifeline for the people of Ukraine, they must be able to export their steel.’’

The steel levies were imposed in 2018 by the Trump administration, which deployed a little-used provision in U.S. trade law to call foreign steel a threat to American national security. The move outraged U.S. allies, and critics said they did little address the real cause of stress for U.S. steel producers: massive overproduction by the Chinese, whose steel shipments to the U.S. are already limited by other trade barriers.

The Biden administration has removed most of the tariffs on steel from the European Union, the United Kingdom and Japan, allowing their metals to come in duty-free up to a quota. No such quota applies to the Ukrainian imports in the move announced Monday.