US threatens tariffs on UK exports over digital services tax 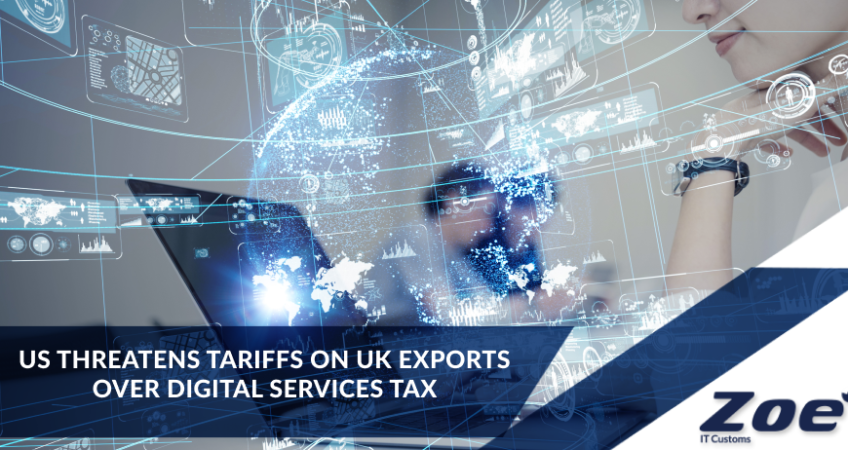 The Biden administration has warned it could slap 25% tariffs on British exports to the US after the UK levied a digital services tax on major technology companies.

The price of clothing and footwear, ceramics, beauty products and furniture exports to the US could rise by a quarter, according to a list published by US officials.

The duties are designed to raise $325m – equal to estimates of how much Britain can expect to raise from taxing the UK sales of Amazon, Google, Facebook, eBay and other tech companies, most of them based in the US.

The US president, Joe Biden, has reversed objections to a global tax on cross-border digital sales adopted by his predecessor, and ended a surcharge on Scotch whisky that was imposed by Donald Trump after a dispute over subsidies to the aircraft manufacturer Airbus.

But the retaliation was expected against France and Britain after they went ahead with digital services taxes before a wider agreement was in place.

They added that if the US went ahead, the UK “would consider all options to defend UK interests and industry”.

Trade officials from the UK and US held talks about the digital services tax on 4 December, and UK government sources stressed the tax was “a temporary solution to widely held concerns with international corporate tax rules”.

Brought in last April, the digital services tax levies a 2% charge on the revenues of search engines, social media services and online marketplaces.

Tech companies will continue to pay corporation tax on their UK profits but with most profits depressed by royalty and management fees charged by parent companies abroad – a mechanism known as transfer pricing – the Treasury is expected to keep the tax in place.

At the budget, the Office for Budget Responsibility calculated the new tax would raise £300m in the current financial year, before rising to £400m in 2021-22.

Britain looks to the Pacific for new trade partners